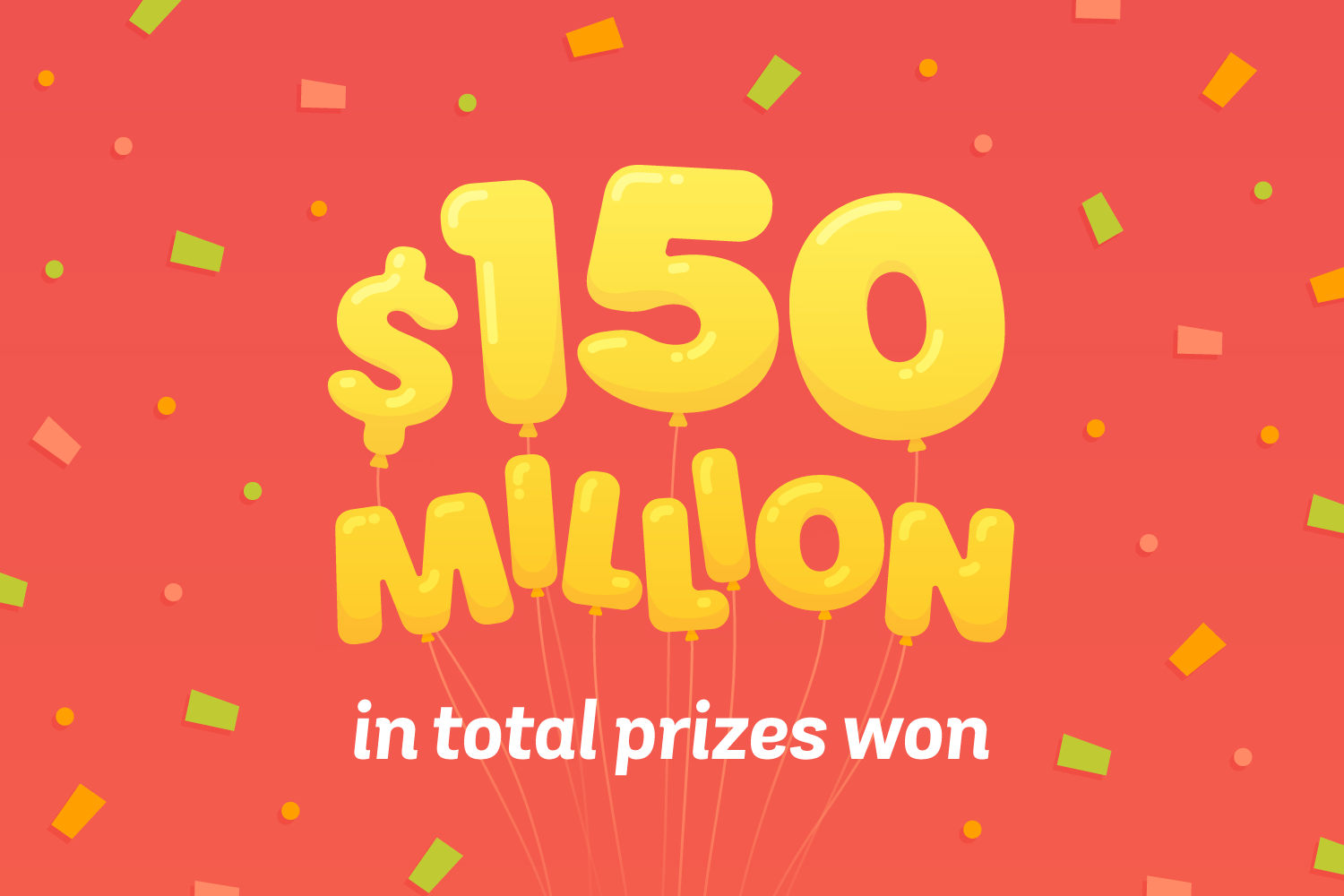 Yup, you read that right–$150 million in total prizes won by YOU! Let's all pitch-in for a Jackpocket megayacht. We can sail off into the sunset together as one big, happy, stinkin' rich family.

To celebrate this collective milestone, we’re counting down the 14 players who became overnight millionaires on Jackpocket.

She works in healthcare and still feels like she’s living a dream after winning the largest prize in mobile gaming history. Thanks for bringing us over 5% of the way all by yourself, lucky lady!

How did it feel to win over $2,000,000 from her phone? “Surprising, exciting. Loss for words. Unbelievable.” Other Jackpocket side effects include: vacations, early retirement, and sudden expensive taste.

The secret to a loving, lasting marriage? A $1M Powerball win on your 34th anniversary will do the trick.

This NJ player won playing their father’s numbers and is the second $1,000,000 winner in Jackpocket history!

A Houston player’s $1,000,000 Powerball prize on January 3 made her our first million-dollar winner of 2022 and Jackpocket’s second biggest winner in Texas so far!

Houston, we've got our first millionaire of the year! 🎊

Concordia University junior Brandon Stevenson won a whopping $1 million on his Powerball ticket. At the time, a Jackpocket prize record!

At first, this NJ player thought the “You Won Big” notification from Jackpocket said $1,000. But when she double-checked the app the next morning, she found out that her winning Mega Millions ticket was actually worth $1,000,000!

This New Jersey player won $1,000 a week for life on Cash4Life (or cash value of $1 MILLION) just one week after downloading the Jackpocket app. That’s some BIG beginner’s luck!

One Quick Pick was all it took. A mega-lucky Mega Millions ticket ordered on Jackpocket turned an otherwise normal day of playing for this born-and-raised Garden State-er into a day she and her family will never forget.

This Passaic County player told us he ALWAYS plays the same combination of meaningful dates: the birthdays of his sons and daughter plus his wedding anniversary.

It’s official–Ohio has its first Jackpocket-made millionaire! Apparently the ‘it’ they’re talking about in the Ohio slogan ‘Find It Here’, is the extra good luck.

“I [usually] play a dollar here, a dollar there on Lucky for Life,” the winner told us. I just thought, ‘I’m just going to put $6 down on Powerball and let it go.’”

The Jackpocket gravy train keeps on chugging. At this rate, we'll be announcing $200,000,000 in lottery winnings in no time at all! Get on board and, when we get there, maybe your name will be on our next list of Jackpocket-made millionaires.