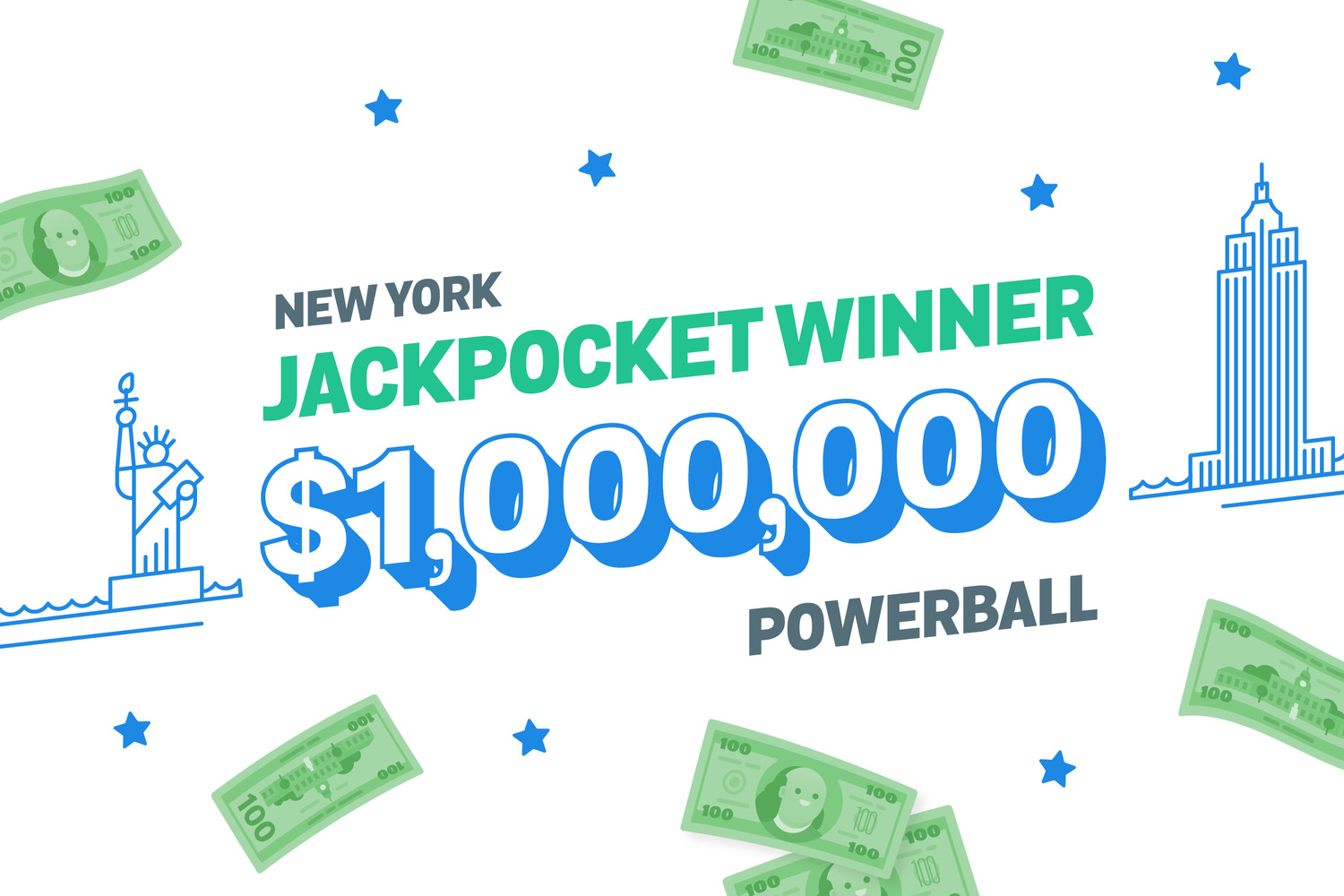 Cue the confetti. A Jackpocket lottery player from Queens just won the weekend after taking home a $1,000,000 Powerball prize in Saturday’s drawing! They are now the BIGGEST Jackpocket prize winner so far in New York State, where the app launched earlier this year in January 2021.

Our player matched 5 out of 5 regular numbers in the May 8th drawing to win Powerball’s second prize of a cool mil. (Click to get a breakdown of Powerball odds and prizes).

The best part? This player won big on their 4th day on the Jackpocket app. Just goes to show - you never know when luck will strike.⚡️

The winner and her husband just celebrated their 34th wedding anniversary in early May. Her present to her husband was “as much Jackpocket as he wanted!” He then got her started with her own Jackpocket app account and four days later she won $1,000,000 on a Quick Pick ticket.

He told Jackpocket, “I joke with her all the time that we won the lottery. This time we really did.”

This couple says their 34th anniversary “gift” will help them in retirement.

Just goes to show - you never know when luck will strike.⚡️ Play Powerball and more right here on Jackpocket.

The Jackpocket lottery app is the convenient, fun, and responsible way to play the lottery. We operate out of New York and Santa Barbara with a team of about 200 people and one Maybelle, our very photogenic office pup. Play now in Arkansas, Colorado, Minnesota, New Hampshire, New Jersey, New York, Ohio, Oregon, Texas, and Washington, DC.