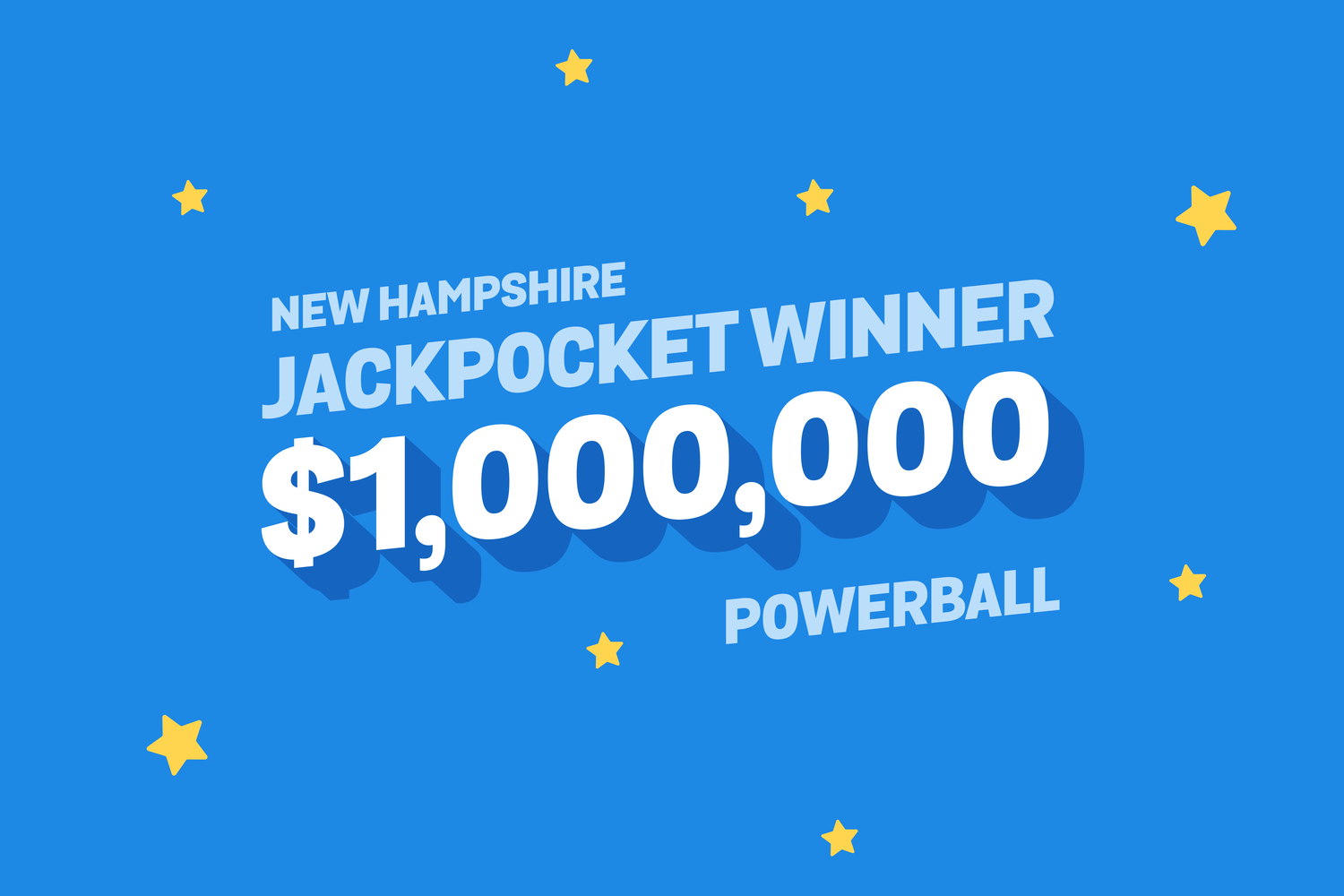 William M. of Hudson, New Hampshire won a million dollars on Saturday, picked up his lottery ticket from Jackpocket on Tuesday, and by the time we caught up with him again on Tuesday night? “I just checked my bank account and the money is already in it.”

William says he was busy running around all day on Saturday, 7/10/21 and didn’t have time to get to the store to buy Powerball tickets.

“You guys sent me a reminder that there was a big jackpot tonight. Truthfully, I wouldn’t have played without that reminder, because I had so much going on.”

He played his Powerball numbers from the garage using the Jackpocket app. And it’s a good thing he did. His Quick Pick ticket matched all 5 regular numbers, just missing the red Powerball, to win a million-dollar prize.

When Jackpocket's automatic alert came through that he had won big, William says his reaction was “'Disbelief. Complete disbelief. I looked up and asked my wife, ‘Did I just win a million dollars?’”

His wife double-checked the winning numbers online and let him know, “This isn’t a joke!”

William says, before Jackpocket, “I would pick up tickets in stores when I could. There were long stretches when I wouldn’t play at all.” Now, he says, “I’m definitely going to keep using it.”

As for his BIG $1,000,000 check? William plans to invest most of it for retirement—with the exception of a new truck. "I'll pay all cash."