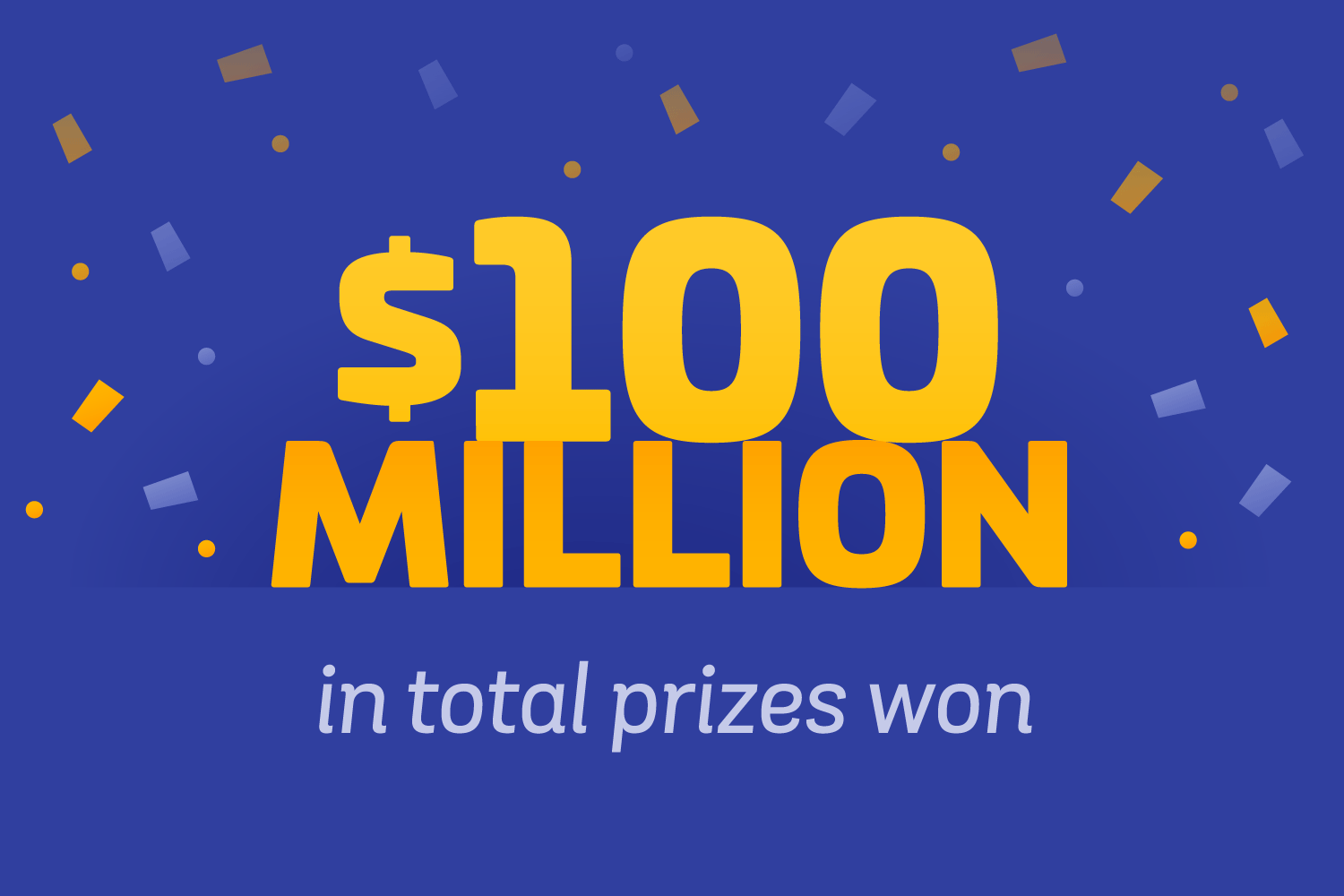 Our top 10 winners were just the tip of the iceberg.

Let’s party! Drinks are on Jackpocket players because apparently all of you are rich now. To celebrate this collective milestone, we’re counting down the 10 players who won prizes worth $1,000,000 or more on Jackpocket.

She works in healthcare and still feels like she’s living a dream after winning the largest prize in mobile gaming history. Thanks for bringing us almost 10% of the way all by yourself, lucky lady!

How did it feel to win over $2,000,000 from her phone? “Surprising, exciting. Loss for words. Unbelievable.” Other Jackpocket side effects include: vacations, early retirement, and sudden expensive taste.

The secret to a loving, lasting marriage? A $1M Powerball win on your 34th anniversary will do the trick.

This NJ player won playing their father’s numbers and is the second $1,000,000 winner in Jackpocket history!

A Houston player’s $1,000,000 Powerball prize on January 3 made her our first million-dollar winner of 2022 and Jackpocket’s second biggest winner in Texas so far!

Houston, we've got our first millionaire of the year! 🎊

Concordia University junior Brandon Stevenson won a whopping $1 million on his Powerball ticket. At the time, a Jackpocket prize record!

Sleepwinning is a lot like sleepwalking except you wake up a million dollars richer. Derrek of Essex County won an incredible $1 million Powerball prize using Jackpocket’s free Autoplay feature!

At first, this NJ player thought the “You Won Big” notification from Jackpocket said $1,000. But when she double-checked the app the next morning, she found out that her winning Mega Millions ticket was actually worth $1,000,000!

This lifelong New Jerseyan admitted she wasn’t even planning to order a ticket that day but then thought, "Why not?"

Congrats, winner! The #MegaMillions jackpot is still climbing, and you could be next.https://t.co/77j8B0UxoT

Why not make yourself the 10th millionaire on Jackpocket and go for that rising Powerball jackpot? We’ll reserve this spot for you!