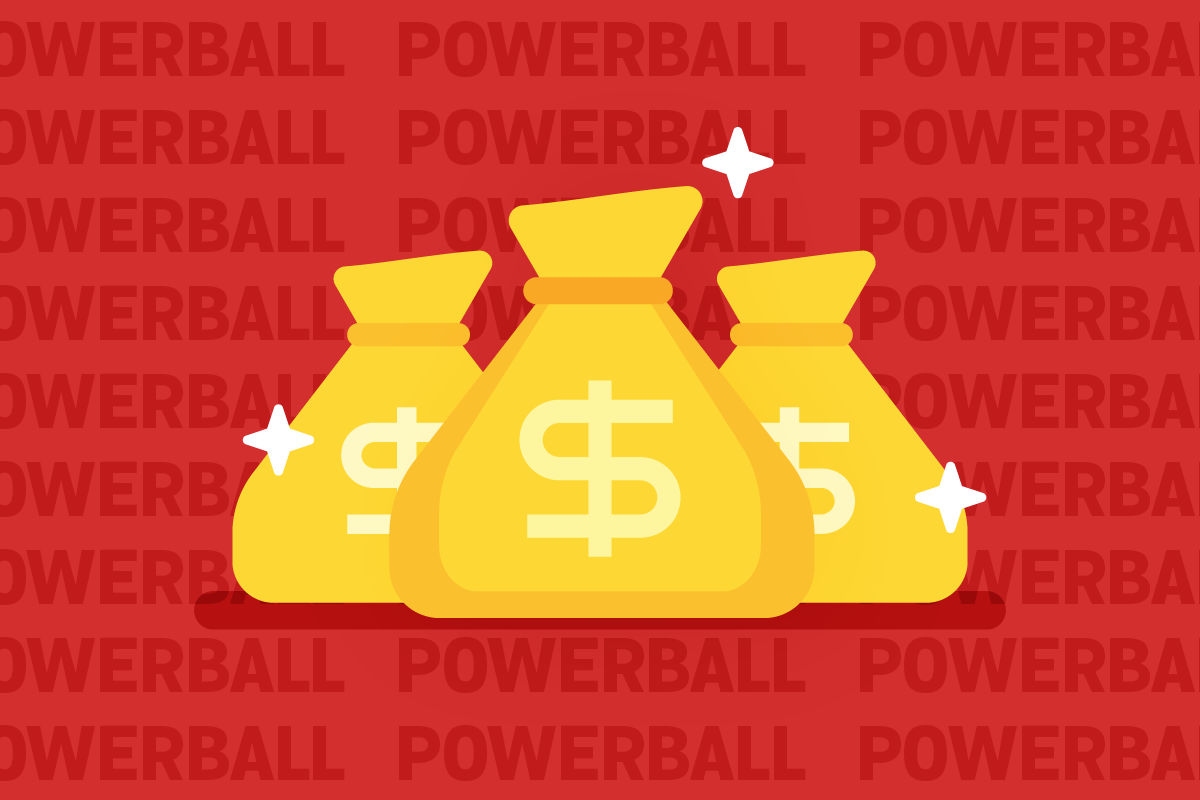 10 Biggest Powerball Wins of All Time

These enormous scores are the best of the best.

Hold on to your hats. The November 7th Powerball jackpot made a new WORLD RECORD when a player in California won over $2 billion on a single ticket. That's the biggest jackpot in the history of the game.

Here’s a look at the 10 biggest Powerballs ever and some of the lucky people who won big.

Who won the biggest jackpot in the world? A lucky someone in California that's who! This person won a $2.04 billion Powerball jackpot on November 7 (Billion!). That's a world record. We don't know toooooo much about the winner yet because it JUST HAPPENED.

On January 13, 2016, the owners of three winning tickets in Tennessee, California, and Florida shared the $1.58 billion Powerball jackpot.

Each winner, who received over $520 million, had their own incredible winning story. The winner from Mumford, a small town outside of Memphis, said he had no plans to move out of his one-story home despite becoming a multi-millionaire. The winning California couple claimed their ticket 6 months after the initial drawing, creating countless conspiracy theories, including that the unknown winner may have passed away after celebrating too hard. The third and final winning ticket was claimed by a couple from Florida, who told their winning story on morning shows such as The Ellen Degeneres Show and the Today show. "We just wanted a little big piece of the pie,” they said. “ Now we're real grateful we got the big piece of the pie.”

We just wanted a little big piece of the pie.

One and done! This Quick Pick winner in Wisconsin said he didn’t think he would play again after hitting the jackpot, but did say, “I just can’t believe an ordinary guy like me would ever be in this position...The two-dollar ticket you buy is worth the chance to change your life forever. It certainly has changed my life and I look forward to the future.” The winner opted for a one-time lump sum payment of $477 million, which came to $326 million after taxes.

On August 23, 2017, a woman from Chicopee, MA won the largest lottery jackpot in the history of the United States, at the time. She discovered she had won while leaving work and quickly told her boss she would not be coming back. Ever. When asked how she was going to celebrate, she simply said, "I'm going to just hide in my bed." To each her own.

A group of anonymous winners, who dubbed themselves "The Power Pack" won the largest prize in Maryland Lottery history on January 20, 2021. The player who purchased the winning Quick Pick ticket on behalf of the group said they checked their numbers about a dozen times in disbelief. These lottery lovers have no plans to change their lifestyles after choosing the $546.8 million lump sum cash option (approximately $366.6 million after federal and state taxes). They plan to invest the money to help their families and communities.

Scott Godfrey of Morro Bay, California didn't realize his Quick Pick had won $699 million until he watched the news on TV. "I saw, actually, a news report on TV where they had a dark image of the store in the morning and I realized I had been there last night and thought about the ticket," he told KSBY News. He chose to go with the lump sum cash option which will enable him to set up a foundation for charitable giving.

Two Powerball players in New York and Iowa took home this huge jackpot on October 27, 2018, each winning slightly under $344 million. The winning ticket sold in Redfield, Iowa became the state’s largest lotto prize won to date. The Iowa winner said she planned to buy a new car, go on a long vacation (“or several”), and also establish her own foundation in order to donate to organizations important to her family. The second winner from New York said a rainy day led him into a deli, instead of his usual lottery retailer of choice. When asked about how he chose his winning numbers, the man said, “A family member gave me the numbers over twenty-five years ago and I faithfully play them.” It paid off.

Tammy and Cliff Webster, the Wisconsin couple whose winning ticket shared the jackpot with a Califoria winner, found out they were millionaires when they watched the morning news. "We always believed that we had a chance to win if we played and this is a dream come true.”

On May 18, 2013, an 84-year-old woman took home this large jackpot after buying the winning ticket at a Publix supermarket in Zephyrhills, FL. The woman said, “Another lottery player was kind enough to let me go ahead of them in line to purchase the winning Quick Pick ticket.” Better think twice before being nice? Kidding, kidding.

I'm going to just hide in my bed.

Two winning tickets split this life-changing jackpot on November 28, 2012.  The first winner to claim their ticket was a  Missouri mother of four. She opted for the one-time payment of $136.5 million (after taxes) and planned to help her grandchildren, nieces, and nephews pay for college. The second winner, a manager at an Arizona electronics company, said he was extremely grateful and fortunate to win and planned to support charities and causes with his newfound fortune.

On February 11, 2015, a single mother of four from North Carolina hit the jackpot, along with two other winners from Texas and Puerto Rico. The North Carolinian said she planned to continue her nursing education and move her family into a bigger home. “It was seven of us living in one home," she told reporters at a news conference. "It wasn't comfortable but we made do. Everybody in that household will have their own place, because I don't plan on staying there.” Safe to say her win was well deserved.

Make your state a winner!

Get inspired by checking out all the states that have won Powerball jackpots in the history of the game. We bet your home state is due for a win!