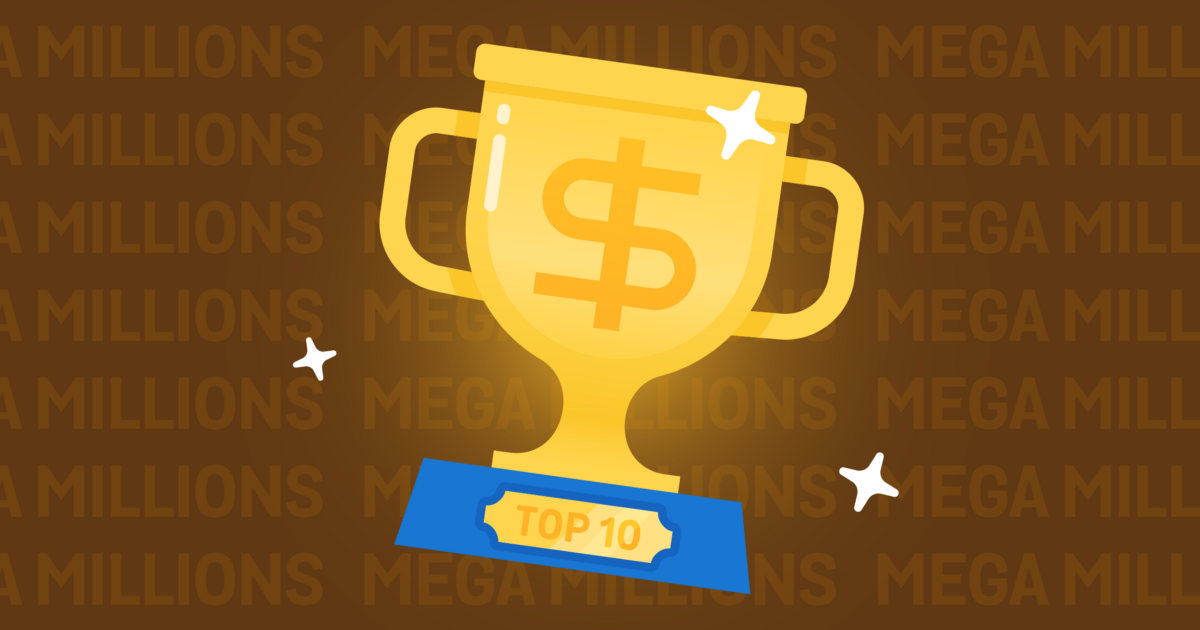 Here's who won the biggest prizes in the history of the game!

As the Mega Millions jackpot continues to climb, we wanted to tell you about the biggest Mega Millions prizes in the history of the game.

An anonymous player in the small town of Simpsonville, South Carolina hit the #1 Mega Millions jackpot in history on October 23, 2018 (so big it was known as Mega BILLIONS). Not only did the SC resident win big, but so did the state itself, receiving $61,000,000 in income tax from the winning ticket.

On Friday the 13th (January 13, 2023), Maine won it's first ever Mega Millions jackpot. The winning ticket was sold at Hometown Gas & Grill in Lebanon, Maine.

One lucky Illinois Lottery player scored the second-largest Mega Millions prize ever. At the time of writing, the Illionois Lottery hadn't heard from the new multi-millionaire stating, "We don’t know whether or not they’re aware they’ve won this incredible prize. So we’re telling all of our players - check your tickets." Around 23 cents of every dollar spent on the Illionois Lottery is returned to education and good causes across the state, so this mystery winner wasn't the only one getting lucky!

New year, new millionaires.  A lottery club with 4 members in Detroit shared this billion-dollar-jackpot from the Mega Millions drawing on January 22, 2021. The lottery pool, named “Wolverine FLL Club” had the good fortune to hold the ONLY jackpot-winning ticket. "This kind of money will impact the families of our club members for generations to come,” said the lottery club members in a statement. “We plan to stay humble and pay it forward through charitable giving in southeast Michigan.”

Three separate winning tickets split this huge jackpot on March 30, 2012. Two of the three winning tickets were Quick Picks, randomly assigned numbers from the computer. As a spokesperson for the Maryland Lottery put it, “Each of the winners gets $105.1 million in cash after taxes roughly, but who cares about pennies at this point?”

Two winning tickets, sold on December 17, 2013, left each winner, one in California and one in Georgia, with $324 million. After double-checking his numbers, the Georgia winner said he left this message on his boss’s answering machine: “I’m really sorry boss. I hit the jackpot. I don’t think I’m going to come in today, tomorrow, or ever.”

I’m really sorry boss. I hit the jackpot. I don’t think I’m going to come in today, tomorrow, or ever.”

On July 24, 2018, a group of 11 co-workers split this $543 million windfall, thanks to their office pool! All 11 members worked for Wells Fargo in San Jose at the time, which means they will (literally) be pros at managing their new fortune!

On July 8, 2016, an Indiana couple won this mega jackpot after buying 5 Quick Pick tickets on a road trip. The winning family was able to remain anonymous by accepting their prize through a law firm in the state.

A New Jersey man took home the state’s largest jackpot in its history on March 30, 2018. He chose to accept the one-time lump sum payment around $175 million after taxes. He used his good fortune to rebuild a 1964 Corvette and had plans to donate a good amount to charity.

A San Diego woman claimed this half-billion dollar prize on June 7, 2019. Once again, this winning ticket was a result of a Quick Pick. The lucky winner chose to take the cash option of $340 million before taxes and said she planned to pay off debt and buy a new home with her newfound fortune.

A five-person trust named "Peace of Mind" claimed this half-a-billion jackpot from May 21, 2021, which they claimed as a cash lump-sum payment of $348 million. According to their lawyers, "This is life-changing generational money. The winners live in small communities in eastern Pennsylvania and desire to keep their lives as normal as possible. Maintaining anonymity is key to ensuring that normalcy. The winning ticket was a Quick Pick."

Another Quick Pick winner! A very fortuitous 20-year-old man took home this jackpot on January 5, 2018. First, he won $5 from a scratch off and then used that prize to purchase his winning Mega Millions ticket. The winner said that he planned to purchase a home and take care of his family.

Office party! To their disbelief, a group of 23 co-workers from a small retail business in Long Island took home this record jackpot on January 1, 2019. This was the largest jackpot won in New York State Lottery history. The group opted to take the one-time lump sum payment and each walked away with just under $8 million. Not too shabby.

The More You Know

How high will the jackpot grow? Will one of the winners in this article be replaced? Nothing left to do but play and see! Check out our list of the luckiest states for winning Mega Millions jackpots to see if geography is in your favor.