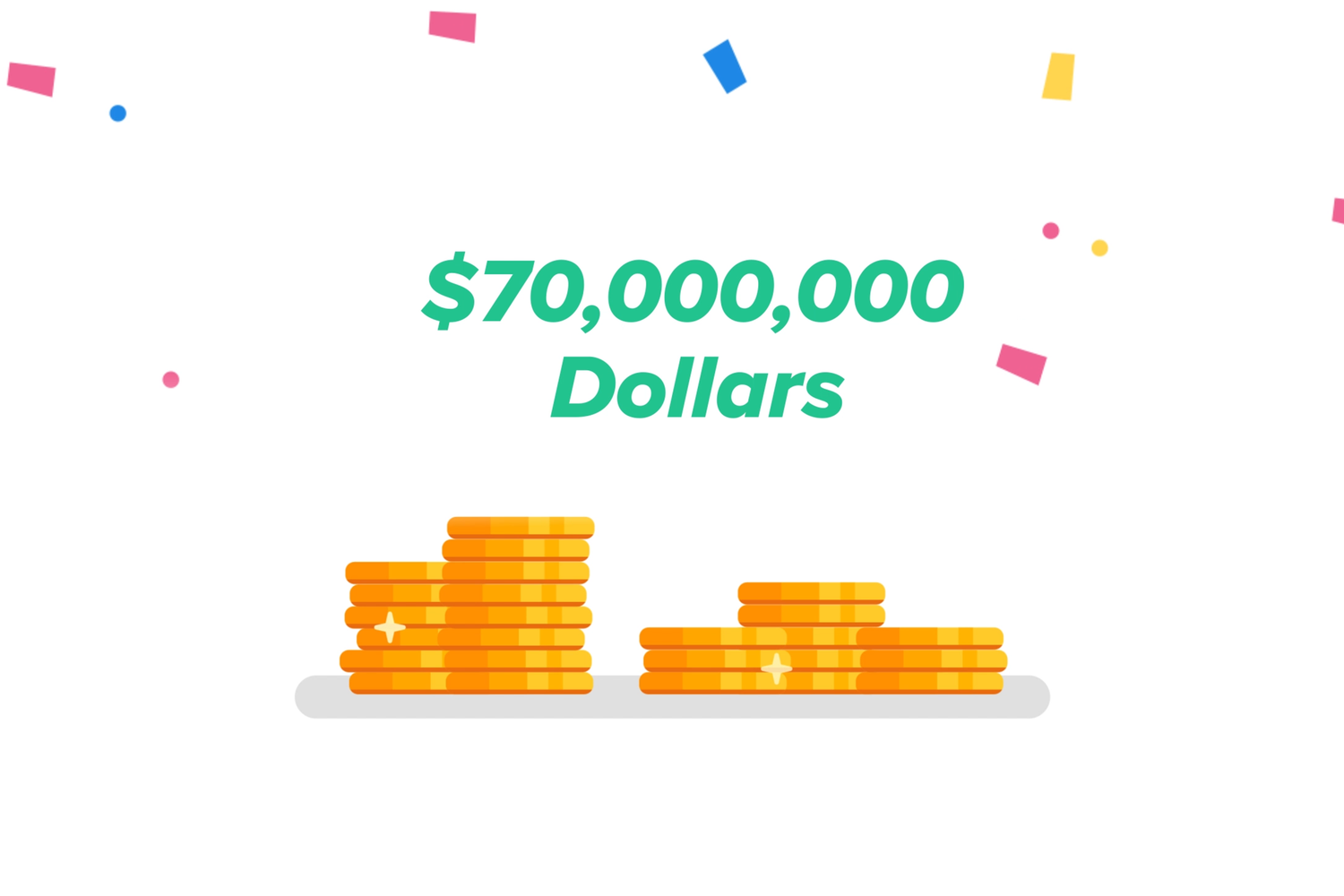 Jackpocket lottery players are on a winning streak. This month marks a grand total of $70 million in lottery prizes won on the Jackpocket app to date.

Read on for our favorite winner stories from the last few months featuring...lottery pools! First-time players! Jackpots! Oh my!

As one Jackpocket player noted on Twitter, our public pools for Powerball and Mega Millions have been on fire this month.

@Jackpocket within a 1 month period the Public Pools we’re so close but so far 😭 If U don’t have the #Jackpocket app on your phone you’re missing out on your chance 2 win big! This is not an ad. I dont know why but I win way more on this app than when I buy tickets @ the store pic.twitter.com/LnFH3gETaK

The winning Powerball ticket was only one number off from hitting the $635 million jackpot on October 2. Split 11,000 ways, that would have been a tidy sum of about $50K per person. Next time, poolers!

Another mighty pool win, this time by a private pool group in Minnesota. Steven, Todd, and Patrick who teamed up in the "Gopher Pool" will be splitting a $50,000 Powerball prize three ways. It just takes one ticket!

This long-time Powerball and Mega Millions player had never played Jersey Cash 5 before, but decided to give it a go when the jackpot climbed to $650K this September.

Spoiler alert: He won it all.

“I checked my ticket 4 times,” he said. Get the full story here.

The winner usually sticks to playing Powerball and Mega Millions. However, he decided to play Jersey Cash 5 for the first time, and spoiler alert: it paid off!

Congrats on being the 4th Jackpocket player to hit the Jersey Cash 5 jackpot! 👏 pic.twitter.com/DnupJuIpqp

4. When an Ohio mom got to spoil her kids

Misty in Canton, Ohio won a $50,000 Pick 5 prize and told us one of her sons in particular was about to be very happy. Did someone say...PlayStation 5?

Meet Misty from Ohio. She won a top Pick 5 prize on her 4th day using Jackpocket!

Misty plans on using her winnings towards a new house and taking care of her kids. Congrats, Misty! Enjoy your win. 👏 pic.twitter.com/fvHlXvBbRF

Proof that new players are just as lucky, Jamie in Texas was only a Jackpocket player for 3 days when he won the $225,000 jackpot. Just like that.

3rd time's a charm! Jamie hit the #TexasTwoStep jackpot on his 3rd play ever on Jackpocket! 👏👏👏

He plans to use his winnings to buy land and invest. Congrats, Jamie! 🎉 pic.twitter.com/cEFCmAQ91E

The best part? There's plenty of good luck to go around! Play your lottery numbers now on Jackpocket.