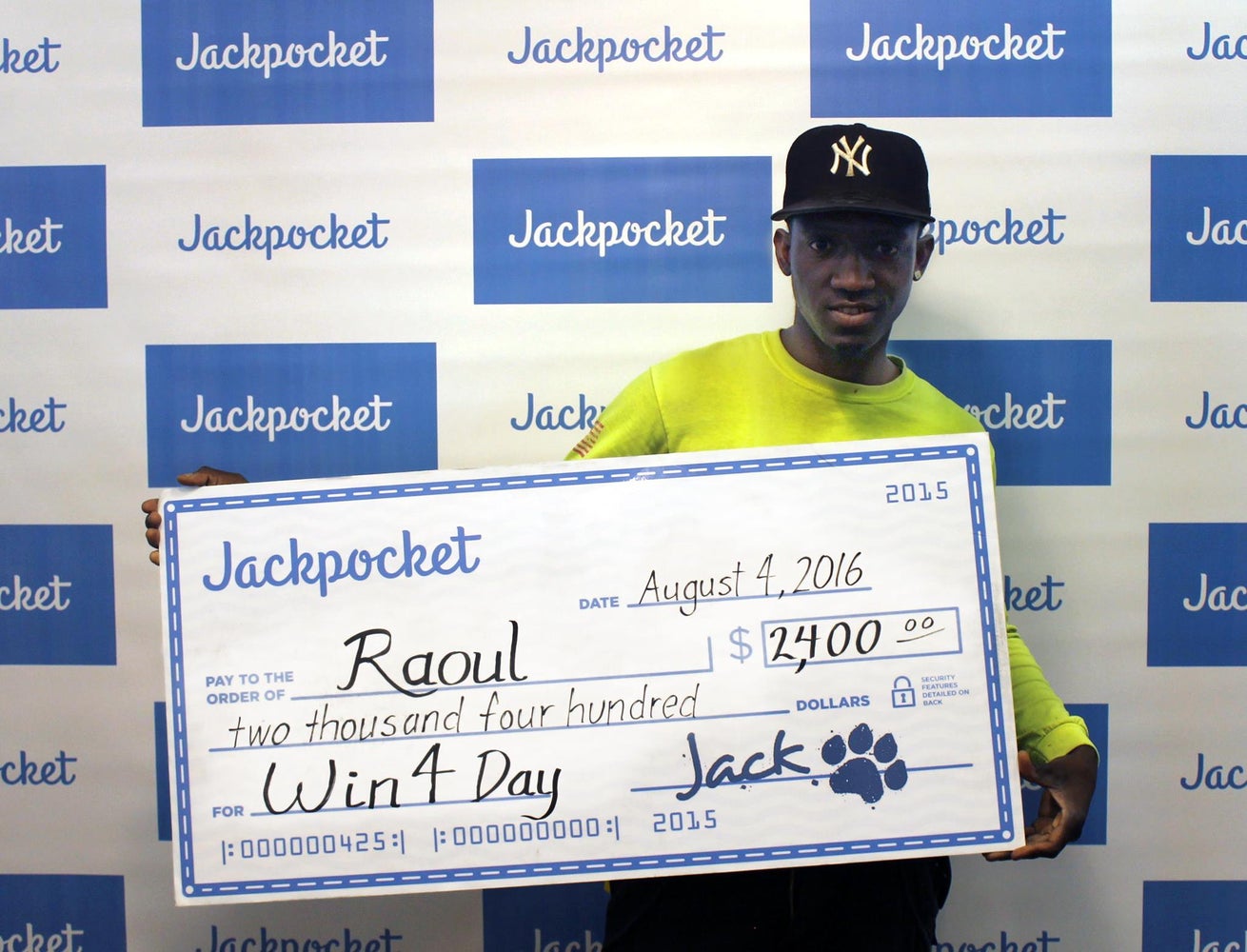 Jackpocket has been seeing winners left and right recently, with multiple players hitting BIG and winning thousands! This past week was no exception as another big winner was announced!

Congratulations to Raoul who won an impressive $2,400! The young winner came by Jackpocket HQ last week to take his prize home after his numbers matched to Win 4 twice!

Raoul first heard of Jackpocket through our segment on Good Morning America. The lucky numbers he played were 5444, which he explained came about by his interest in keeping track of winning numbers and how that combination hadn’t hit in years.

When asked on what his thoughts were when playing the lottery on Jackpocket, he stated: