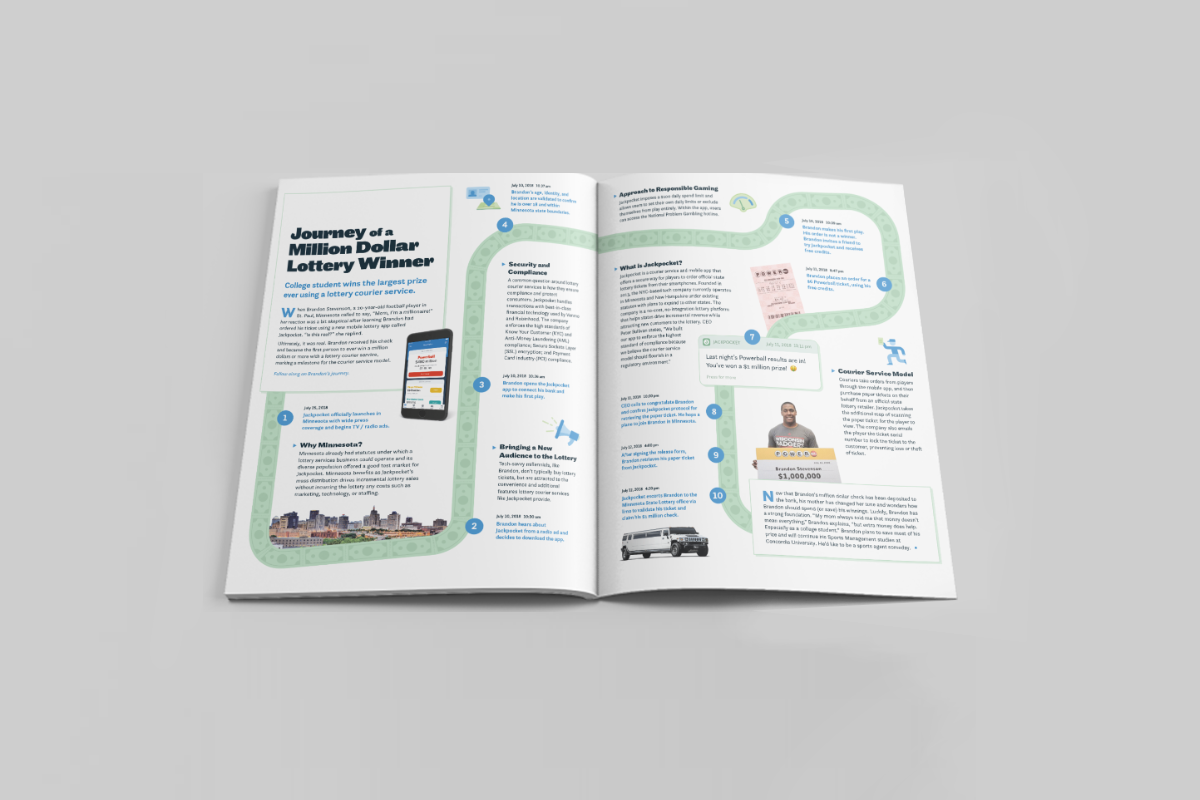 Did you catch us in the latest issue of PGRI Public Gaming International Magazine? Probably not (and we don’t blame you!), unless you’re in the gaming biz. “Journey of a Million Dollar Lottery Winner” features Brandon, the Jackpocket player who won $1 million on his Powerball ticket back in July.

When Brandon Stevenson, a 20-year-old football player in St. Paul, Minnesota called to say ‘Mom, I’m a millionaire!’ her reaction was a bit skeptical after learning Brandon had ordered his ticket using a new mobile lottery app called Jackpocket. ‘Is this real?’ she replied.

Ultimately, it was real. Brandon received his check and became the first person ever to win a million dollars or more with a lottery courier service, marking a milestone for the courier service industry.