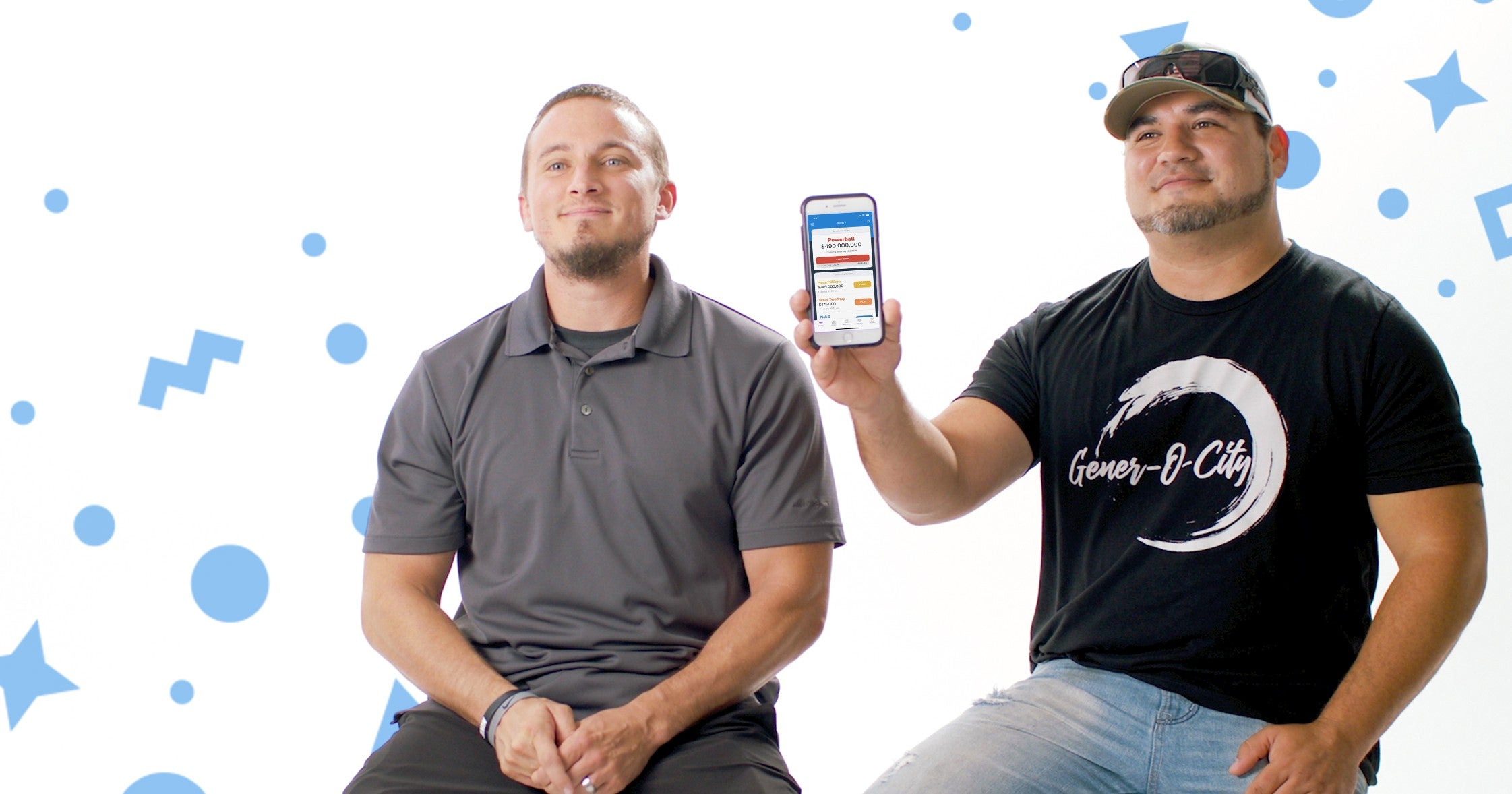 What’s it like winning the lottery with your best friend?

Just ask Ronnie and Brandon, friends and coworkers of over 10 years from Greenville, Texas. Together they won $50,000 in their private lottery pool named “Brothers.”

The duo started their pool on the Jackpocket lottery app back in April 2019 because they were tired of going to the store to get tickets for the pool. Brandon says, “Honestly, even if we’d win $4 or $8 dollars, we’d never even go and [claim] it.” “It’s a hassle,” Ronnie agrees.

A few weeks later, on May 15, the Brothers pool hit it big. Cue the confetti. 🎉

There was just one tiny problem. Brandon was on a cruise…and out of cell service. (Jackpocket automatically notifies players when they win via email.)

Ronnie says, “I kept calling and calling him. Texting and texting.” When Brandon’s ship finally docked, Brandon turned on his phone to find over 200 messages — and one epic picture of a winning Powerball ticket.