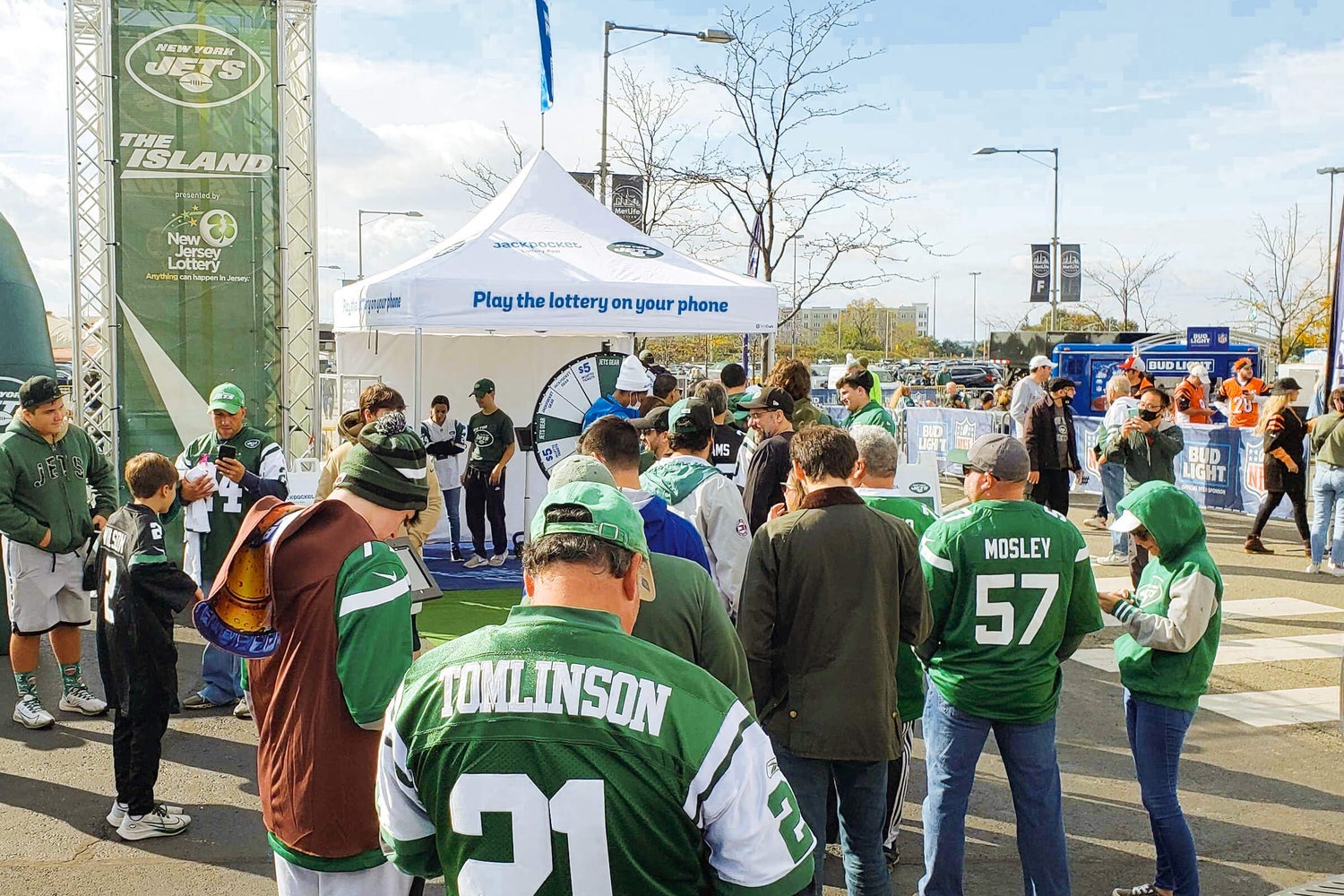 Get Ready for the Jets vs. Bills game with Jackpocket

Before you head into the game, come visit Jackpocket's tent at MetLife Stadium

Going to the Jets vs. Bills game this Sunday? Stop by our tent! Jackpocket is the new life of the party at MetLife Stadium.

As an official partner of the New York Jets, we’ve got pre-game activations planned at upcoming Jets home games at MetLife all throughout the season. Think: instant win games, swag, and fun galore.

So what’s in store?

Spin the Prize Wheel or play our Grab a Ball game for a chance to win epic prizes—Jets gear, Jackpocket swag, free credits to play on our lottery app, or even Jets home game tickets.

Plus, some congratulations are in order...

We also want to congratulate the five winners of our Jets vs. Bills sweepstakes who will get to attend Sunday’s game like VIPs.

Megan R., Sean D., Daniel N., Kelly R. and Rubin R. all won seats in the exclusive MetLife 50 Club, where they’ll watch the game from between the 42 yard lines. Here’s what they had to say about their win:

Jealous yet? You don’t have to be! Our brand new sweepstakes is live NOW, and you could win tickets to the Jets vs. Eagles game on December 5. Enter now.