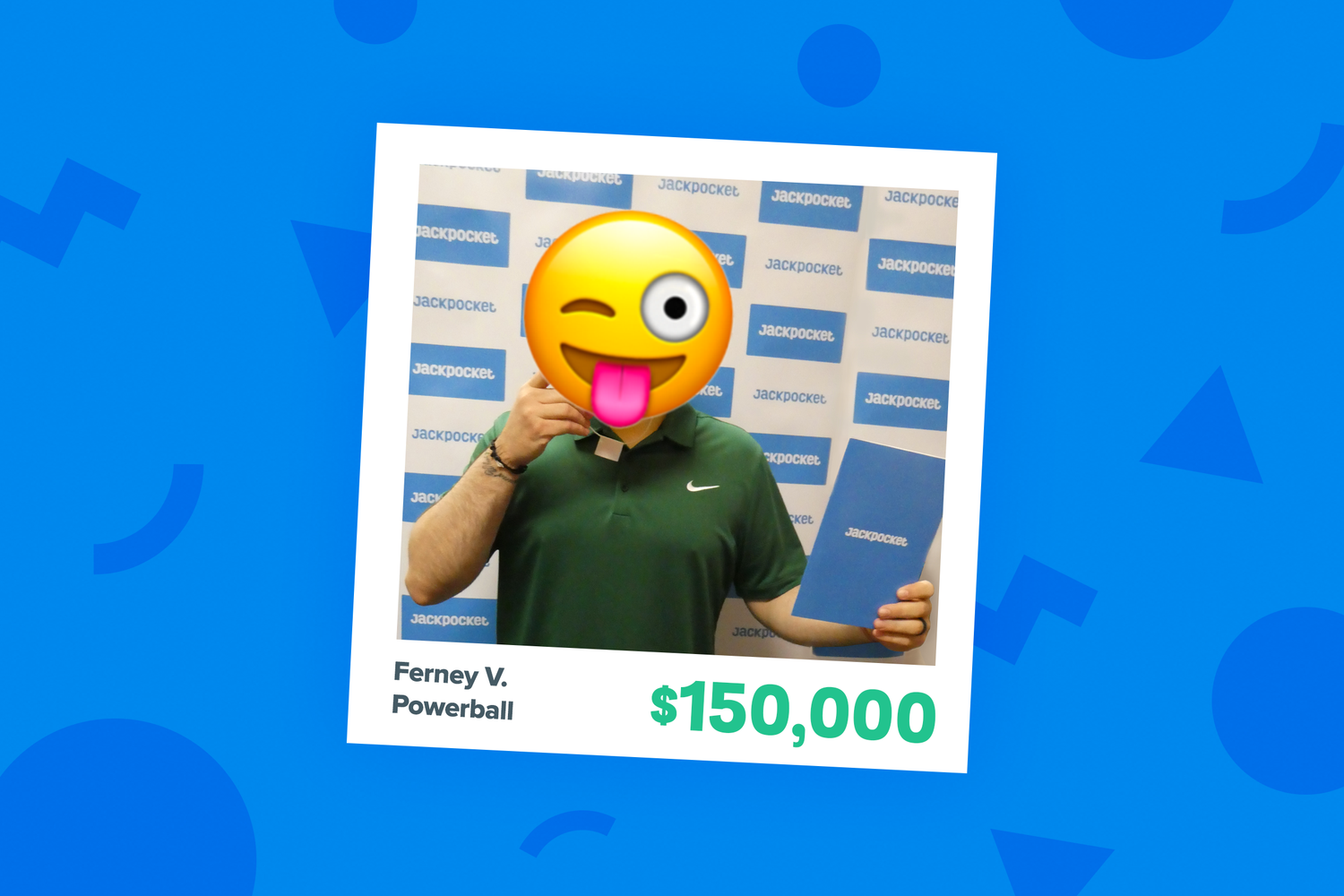 Do You Power Play? This Powerball Winner Has 150K Reasons To Try It

Reason #1: You could power up your winnings up to 10x.

When it comes to Powerball, there are plenty of ways to win BIG without hitting the jackpot. You can match 5 out of 5 regular balls to win $1 million. Or you can match 4 out 5 regular numbers plus the Powerball for a $50,000 prize.

That’s what happened to Jackpocket player Ferney in New York. He picked his own lottery numbers for the August 25, 2021 drawing and  matched 5 of 6 regular numbers plus the Powerball. The 3X Power Play turned a $50,000 win into a $150,000 windfall.

But let’s start this winner story at the beginning...

Ferney is an entrepreneur and small business owner who lives in Queens with his wife and newborn.

“I used to play the lottery at the store because I was a smoker, and it was convenient to buy a pack of cigarettes and then play my numbers. When COVID hit, I quit smoking. Then I realized that there was the Jackpocket app to play from home. Now you don’t have to wait to go to the store—you have it all at your fingertips.”

We have a newborn and a struggling business that got hit hard this year.

All the money will go back towards the business and my employees.

As a little motivation to quit smoking, Ferney decided to use the amount he was spending before on cigarettes toward playing the lottery on Jackpocket instead. “I’ve been playing and using your app for 8 months.”

Ferney had already ordered Powerball tickets earlier in the day, but it was a spontaneous second order late in the afternoon that contained his $150,000 winning ticket.

Everything I did that day, wasn’t the thing I usually would do.

I went outside the box and ended up winning.

Why the second round of tickets? Ferney said that nothing about that day was part of his typical schedule:

“Everything I did that day, wasn’t the thing I usually would do. I had already bought my tickets in the morning and I wouldn’t normally wouldn't buy a second round. I received a ticket reminder on my phone and got an itch to play again. I was even supposed to have an eye appointment during the time I bought my ticket, but I had to cancel because I was so busy at work. In my head, I wasn’t supposed to play that day! But for some reason all those things fell into line. I went outside the box and ended up winning.”

“We have a newborn and a struggling business that got hit hard this year. It really brought our spirits up. All the money will go back towards the business and my employees.”

So, what happened when he got Jackpocket's automatic winner alert?

“I received a text message late at night and it says, ‘You won big!’ I looked at the number, and thought “No way.” My wife walked in and said my face looked like I won the lotto. Except this time, I literally did.”

Want to win big like Ferney? (Who wouldn't?) Play Powerball with Power Play now on Jackpocket.