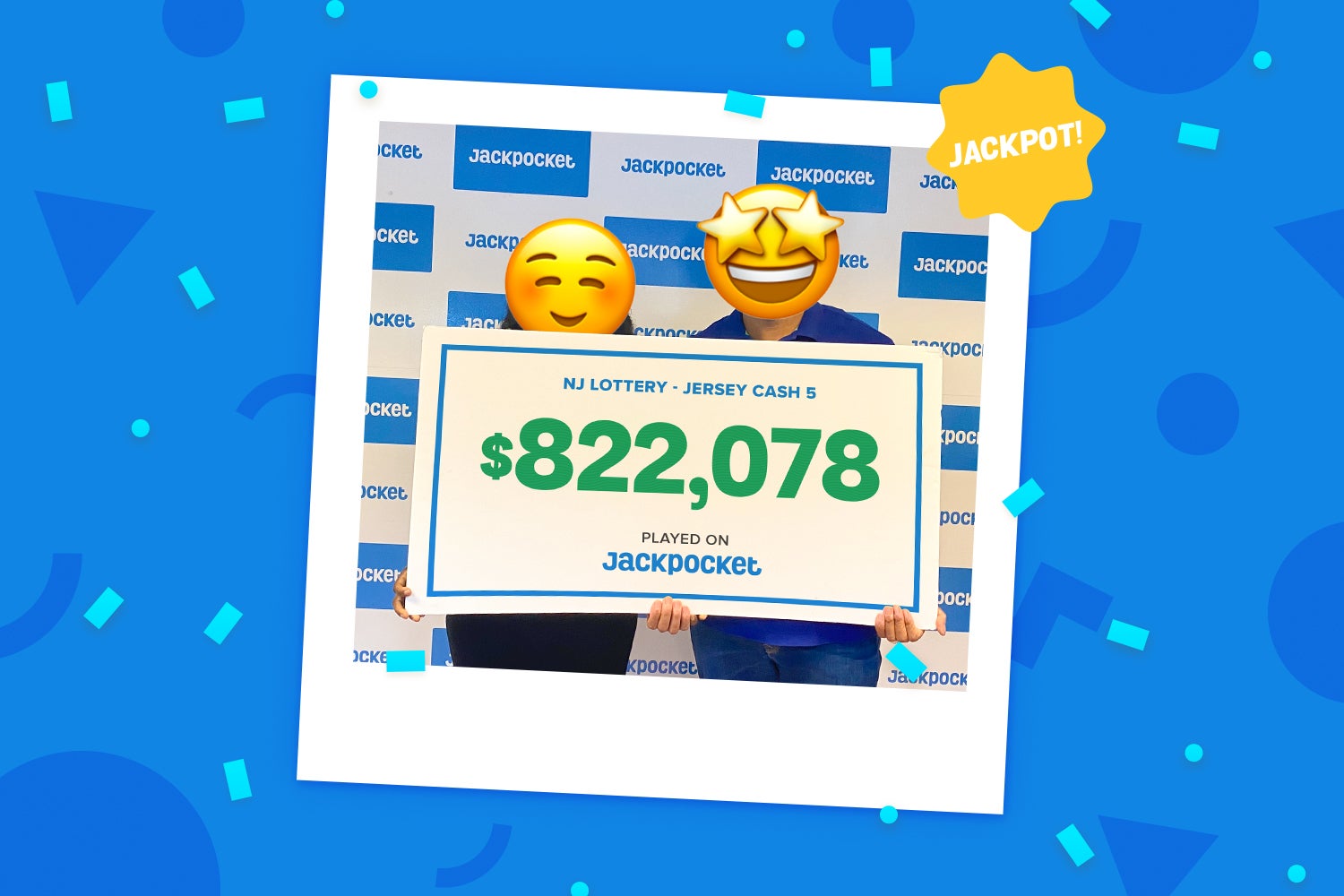 And just like that, Robert in NJ is the 8th winner to hit a Jersey Cash 5 jackpot on Jackpocket lottery app.

This longtime lottery player ordered their ticket while attending a co-worker’s retirement party. Now he has the chunk of change to start planning a grand party of his own.

Robert took a break in the festivities to play the Quick Pick numbers 12 20 21 22 33. The Jersey Cash 5 game drew at 10:57 PM, and by the time Robert was driving home from the party, he had received an email from Jackpocket notifying him that he won!

At first he thought it was just a small win, but the words in the email “You won BIG” made him do a double take.

“Stay awake!” he told his wife on the phone, “because I have some big news.” When he got home, Robert checked, double-checked, and triple-checked the numbers on his golden ticket to make sure his $822K was the real deal.

Robert and his wife told us they plan to be smart with their winnings: “Pay off some bills, help out some family, and maybe use a bit for a nice vacation.”

Congrats, winner! You deserve it.