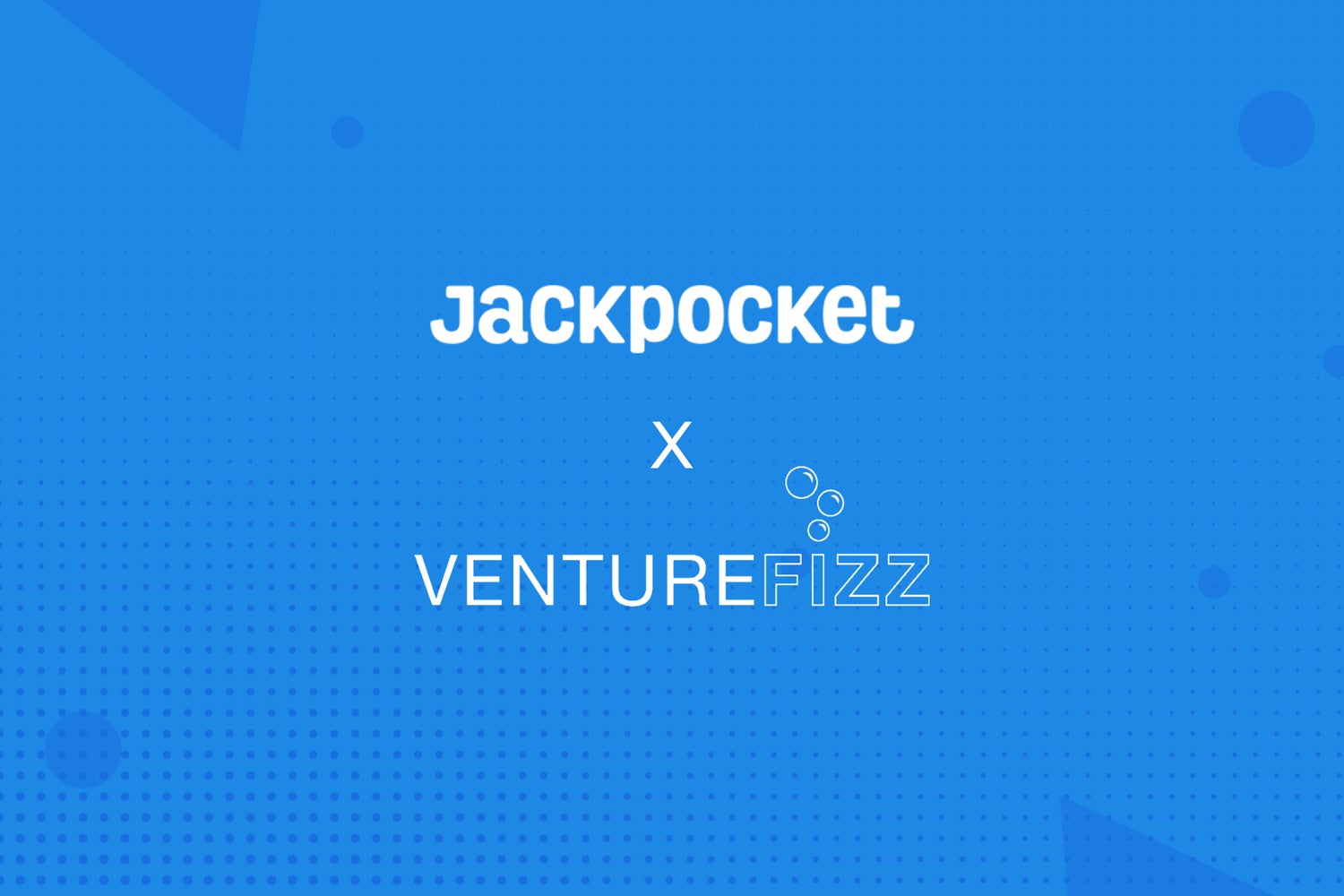 "As much as I talk about the lottery, at the end of the day we are a technology company.” Jackpocket CEO Peter Sullivan talks about growth (5 new states since December!), funding, hiring plans, and Jackpocket company culture with Keith Cline at VentureFizz.

Watch the video below or keep scrolling for some interview highlights.

Jackpocket, in a nutshell: "Jackpocket is the first mobile phone application that allows players to play official state lottery games that they already know and love. Our app uses geotechnology to verify that you are within a particular jurisdiction and then we also verify your age and identity to make sure you are over the age of 18 and can play the lottery. You have the ability to order your ticket directly from your phone, but the convenience doesn’t stop there. Players don’t have to worry about holding onto their tickets, checking their tickets, or even redeeming their tickets. We’ve also added really compelling new features like the ability to play in a pool socially with your friends and colleagues as well as the ability to set up an Autoplay so you never miss a drawing.”

The sign of a great idea: “When I tell someone what we do, they come back and either say, ‘Why isn’t this happening already?’ or ‘I thought of this 5 years ago!'"

On being inspired by his Dad to create Jackpocket: "My dad is an MTA employee who was an everyday lottery player...We would joke with my dad because he always needed to play his numbers before going to our sport practices. Being the head coach, it was always super embarrassing when we would show up late!...Seven years ago, we forced an iPhone 5 on him and within the first week he was playing all these casino games just to have fun. I thought, ‘Why can’t he get his lottery tickets through his phone too?’"

The original vision: "The Department of Justice came out with a ruling saying that state lotteries could pursue online sales. We saw one or two states attempting to do this themselves, but they didn't have the technology [or] the in-depth marketing to go digital. We thought, there's a way for us to fill this hole and to create a multi-jurisdictional brand...Just like Uber, the app [we envisioned] would be geoaware with the backend understanding all the regulations in an area and conforming to them. Our vision was, 'Can we create [Uber] for the lottery industry?'"

Over the last 7 years, we've only had 1 person ever leave Jackpocket to go to another company.

Why the lottery is important: "Lotteries exist to sell tickets but most of the money goes to beneficiaries [such as] state education, elderly care, and job creation."

Making the lottery relevant to today's player: "We're just at the tip of the iceberg of what we can do by offering social features and really elegant UI/UX. One of our key motivations at the company is “design is not a luxury.” We’re really focusing on those players who have never played the lottery before while also making it easy enough for people like my dad to pick up the app and be able to play their favorite games.”

Where Jackpocket is headed: "As much as I talk about the lottery, at the end of the day we are a technology company. We're a mobile-focused B2C company that's looking to continuously innovate with the newest technologies out there."

The one stat that really speaks to Jackpocket company culture. "Over the last 7 years, other than people who have relocated, we've only had 1 person ever leave Jackpocket to go to another company."

Wanna work with us? Check out all open positions.