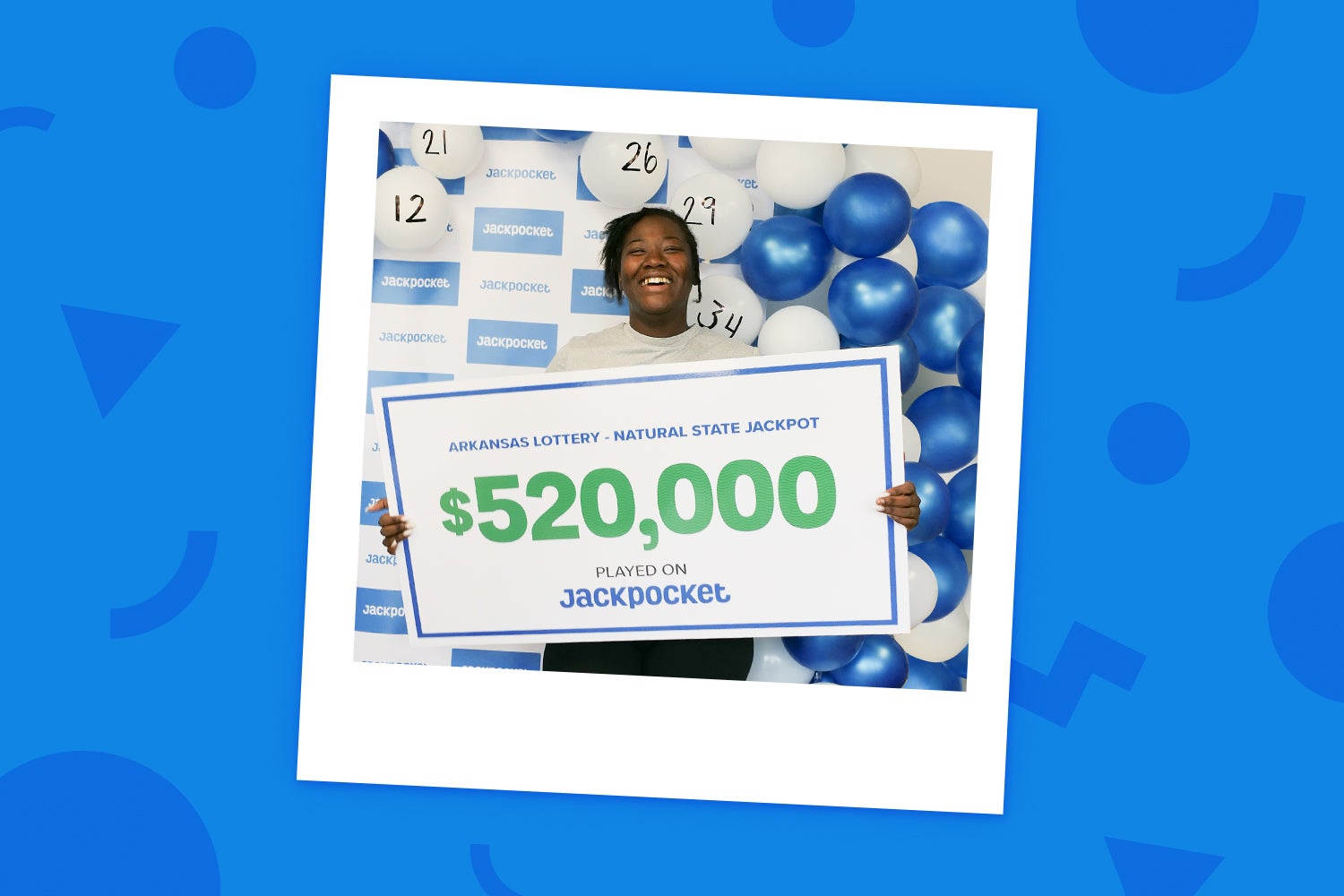 This mom of 3 hit the Natural State Jackpot, making her the biggest Jackpocket winner to date in Arkansas.

This Jackpocket player got a major six-figure surprise earlier this month after the Natural State Jackpot drawing on June 18th.

Our biggest Arkansas winner yet is no stranger to NSJ, though. “I had won [Natural State Jackpot prizes] before…matched 4 out 5 numbers, two different times for $300 dollars. And this email said more than $500,000? I said, “No, it ain’t!” Then, I got a text message that said “Here’s your claim form”...I just started hollering [and] I took off.”

Let's give it up for the winner of the RECORD $520,000 Natural State Jackpot, Kashema from Pine Bluff! 👏 👏 👏 She plans to buy a new house and car with her winnings as well as take care of her family. Congratulations, Kashema! #ThisIsWinning https://t.co/Lzk08UyD8g pic.twitter.com/EMwZaKVVna

Our winner’s lucky numbers were:

As a working mom and regular lottery player, her busy schedule doesn’t leave a lot of room for fun—good thing Jackpocket makes playing so much easier! “So instead of getting off work, getting my kids, and going to the gas station to play my numbers Monday through Friday, I found out about the app…and I’ve been playing on [Jackpocket] ever since.”

A prize this big calls for some spending plans to match. “I’ve gotta get another car…then I’m going to get a house and save the rent! I’m [also] going to use the money to help my mom and my sisters.”

Congrats to the new Jackpocket queen of Arkansas!