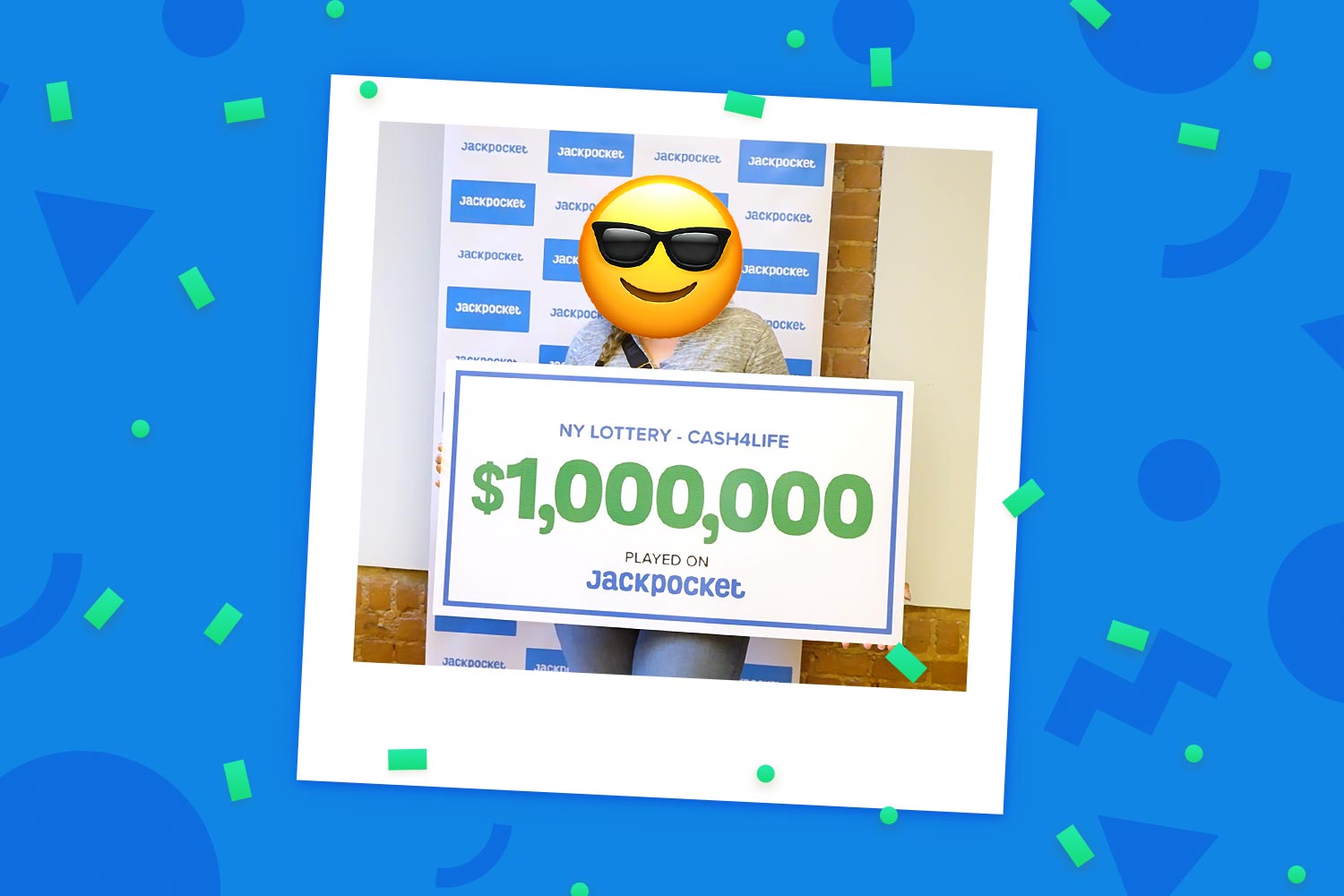 "Winning this was a whole new world to me."

A Brooklyn nursing student plans to erase her education debt after a lucky $1 million lottery win on Jackpocket.

“I’m in my second year of nursing school,” the winner told us. “My goal is to be a nurse practitioner and anesthetist. That’s 8 years of school so I don’t know if I’ll end up doing that!”

It’s going to wipe my bill and slate clean.

The 26-year-old nursing student ordered a Cash4Life ticket on the Jackpocket lottery app, which she has been using here and there for the last 9 months for Powerball and Mega Millions.

Here’s the kicker: she had NEVER played Cash4Life before.

She didn’t realize she actually won until Jackpocket called her to congratulate her on her big prize.

“What big prize?” she answered.

The Jackpocket team got to break the happy news that her Quick Pick ticket matched 5 out of 5 numbers in the July 6th drawing. The ticket was worth $1,000 a week for life or a one-time cash payment of $1,000,000.

“I had not seen the emails,” the winner explained. “I did not check my Jackpocket account. I had no idea!” (Jackpocket players are notified automatically when they win.)

She immediately checked her ticket in the app, and still in shock, started telling the people in her life who matter most.

“I told my Mom first. She was pretty much trying to calm me down cause I was on the call hyperventilating, I couldn’t believe it. And then I went right down the family line. It took me an hour to get everyone on the phone at one time."

After a conference call with most of her family members, she drove to her dad's work to tell him in person.

“I showed up at my dad’s office and made him come into my car. ‘I’ve got to tell you something.’ His face was nervous, and I said, ‘I just won a million dollars.”

Her family’s reaction made the win feel more real, she added.

“My whole family was screaming saying how happy they are for me! I still can't believe it.”

The winner comes from a medical family where everyone has been supportive of her nursing school journey. She wanted them to be the first to know.

“Winning this was a whole new world to me. It’s going to wipe my bill and slate clean. I was $245K in debt and I still have another year [of nursing school] to go. That this just came my way is a huge breath-taker and a relief off my chest.”

But first, she is planning a big family dinner to celebrate.

“My biggest thing is to get my family together…All the people I care about.”

This Brooklynite is Jackpocket’s 18th lottery millionaire and 1 of 5 Jackpocket players to win a top prize in Cash4Life. She joins another Brooklyn-based winner who won $1,000 a DAY for life (or $7 million) earlier this year. Feels like there is plenty more luck to go around!

Get your Cash4Life tickets now in the Jackpocket app.