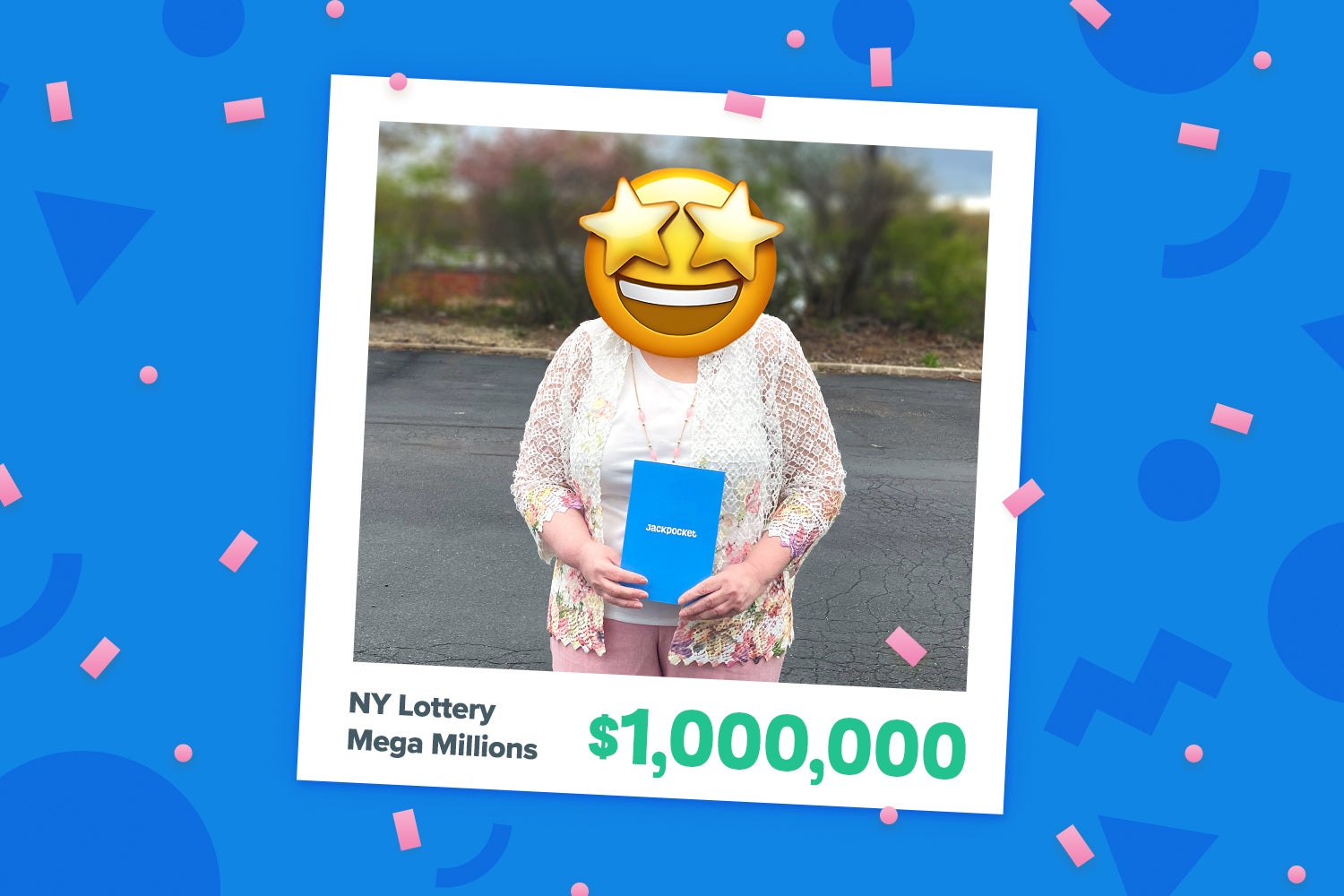 “I honestly thought it was a practical joke!” Now she’s laughing all the way to the bank.

One Quick Pick was all it took. A mega-lucky Mega Millions ticket ordered on Jackpocket turned an otherwise normal day of playing for this born-and-raised Garden State-er into a day she and her family will never forget.

She’s a longtime lottery player but the pandemic made getting tickets tricky. “I wasn’t going to go pick up a ticket when you’re not supposed to be going anywhere. That’s why I was happy when the app came out and we were able to participate in New York.”

Ordering a ticket is easy, but she wasn’t sure about entering the Mega Millions drawing she would later get so lucky on. “It was kind of like 1 hour left to be able to [order] on the app and I thought, ‘You know, just get the ticket. It’s $2.’ I thought, if you win something, you win something. If you don’t, you don’t.”

And thanks to her winning attitude, and a little bit of luck (ok, a lot of luck), she won $1,000,000! “I thought my son had done something with the app and sent it to me as a prank. My son would do something like that!”

Her plans for the prize? “I’m planning to get a small house. I don’t need anything big…and I’ll be able to put some money away for each of my grandchildren for college. I won’t have to worry about money all of the time.”

Congratulations to this New York Jackpocket player and all of her lucky family members, too! We love to see Mega Millions well spent.

When you’re feeling tired of your tried and true method for picking numbers, shake it up with a Quick Pick like this player. Play your numbers now in the Jackpocket app.