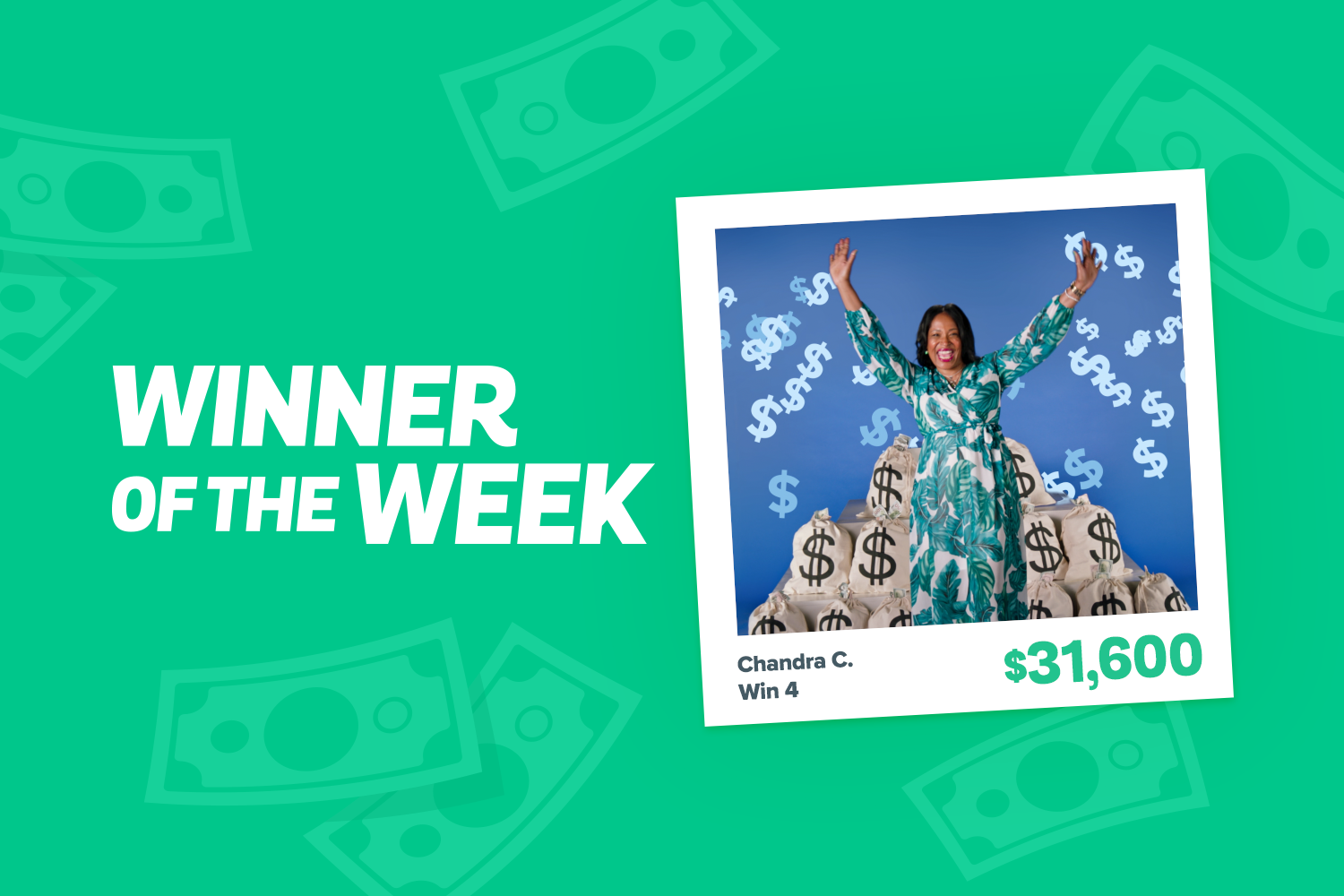 Chandra Won a $31,600 Lotto Prize and Knew Exactly What to Do

When Chandra wins, everybody wins!

Our new Winner of the Week series tells the stories behind everyday lottery wins – big and small! Follow us on Instagram (@Jackpocket) or Twitter (@Jackpocket) for more weekly behind-the-win stories.

In Chandra C.’s house, the lottery has long been a family pastime. Her father has been playing since the New York Lottery first started in 1968.

“I have an actual copy of one of the first lottery tickets. I don't remember what year it was, but I was in high school, about to go to college and my father hit this number 2-0-4-0—and he won SO much money. I don't think I really started getting into the lottery until after daddy won that money.”

She still remembers the excitement when her father won big.

“We thought he was going to split it with us and I remember just thinking about what we're going to do with our portion of the money. (He didn't just give us like a $1,000—so he must have won a lot!) My father was that type. He had a really great job. My mother was a nurse. He was the type that probably put $20 on the number, and I don't even know where 2-0-4-0 came from.”

"See, I am a detail oriented person. I plan every single thing in my life. So I had already planned how I was going to spend the money. I invested a majority of it. I gave my son $3,000. I bought some things for my daughter, and offered some to my three brothers.”

When Chandra wins, everybody wins!

It was a lot of grinning going on!

"I love the fact that if I don't feel like going to the store or if I've already went to the store and put my numbers in and taken my bath for the evening and I have my PJs on and go, ‘Oh, I wanted to play this extra number.’ Just go to my phone and put it in Jackpocket!”

At ticket pickup, Chandra was grinning the whole time underneath her face mask.

“I was excited, but I wasn't jumping up and down crazy like probably what they're used to, because I'm just that type of person. I was wearing a mask as well too. So they couldn't see the grinning. It was a lot of grinning going on!”

Congratulations to this lucky Jackpocket player and her extra lucky family. Whether you stash or share, we hope you’re as lucky as Chandra this week!