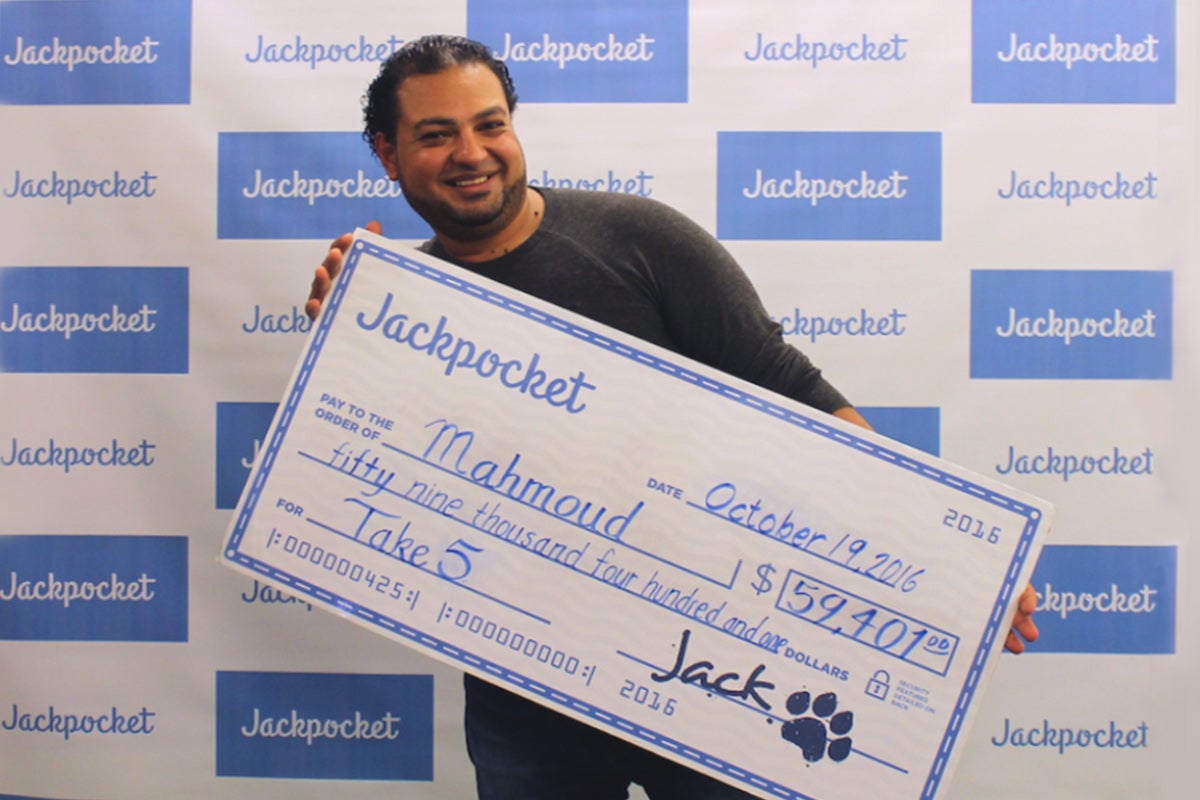 Big time winners keep rolling in! One week after giving out our first $50K prize, the record was broken again on Monday. A huge congrats go out to Mahmoud for winning the Take 5 grand prize earlier this week, collecting $59,401! Mahmoud won the Take 5 grand prize on a free play, the $59,401 prize now holds the new record for the biggest winner in Jackpocket history!

We had the pleasure to meet Mahmoud when he came to Jackpocket HQ and collected his winning ticket. Mahmoud first found out that he won when he received the winners ticket email Monday.

When asked how he would use the winnings, Mahmoud explained that he would use it on treatment for his mother, who was recently diagnosed with cancer. The entire Jackpocket Team would like to send our thoughts and best wishes to Mahmoud and his family, and hope for a healthy and full recovery.

Originally from Egypt, Mahmoud moved to the U.S. roughly a year ago to help his brother operate a Halal food truck in the community surrounding Queens Community College. Mahmoud first downloaded Jackpocket in August because he started working more hours and didn’t have time to keep making the trip to various bodegas. Now he enjoys playing his favorite NY lotteries conveniently right from his phone!

It’s certainly been an exciting past week for the Jackpocket Team with our two biggest winners in company history, combining for a total of $109K in winnings! Congrats to all of the recent winners, we hope to continue seeing even more down the road!

Read more about all our big winners and more by visiting our previous posts on the Jackpocket blog.