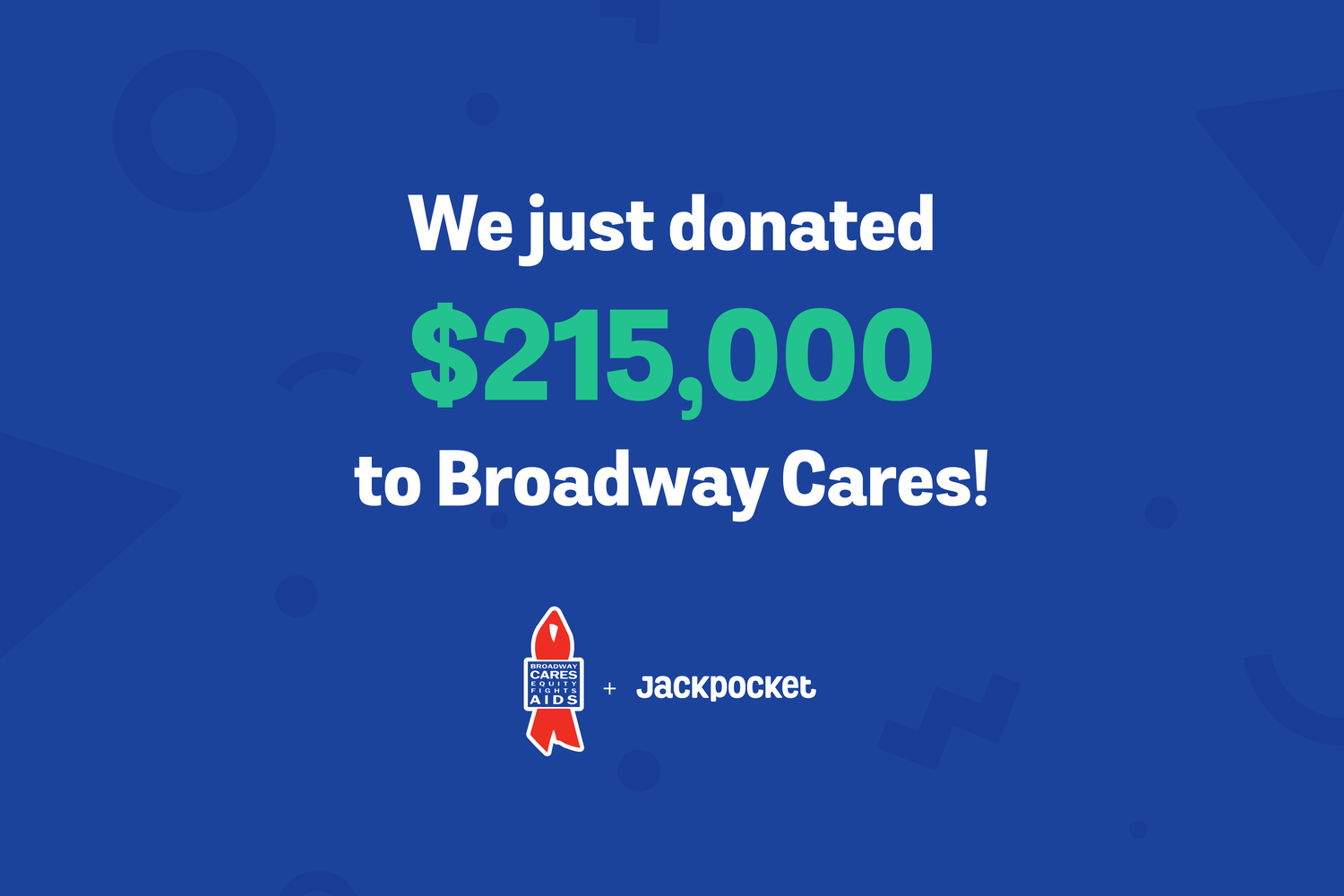 And it's all thanks to YOU!

With Jackpocket's incredibly generous support, it’s as if Broadway Cares has, in fact, won the lottery!

And it’s all thanks to YOU!

Back in January, we announced our intention to donate a minimum of $100,000 to Sean Hayes’ favorite charity Broadway Cares. (Sean, who’s graced the Broadway stage AND our TV screens, is a friend of Jackpocket!) This terrific organization helps members of the performing arts community who have been struggling since the Broadway theaters went dark. Ushers, concession workers, actors, stage managers, set designers, makeup artists—you name it. (You can learn more about the Broadway Cares mission here).

🎭Do you miss Broadway? Do you live in NYC and play the lotto? If so, let @SeanHayes explain how @Jackpocket will donate to Broadway Cares (@BCEFA) every time you buy a tix through March. A cause near and dear to my ❤️ https://t.co/Eku8Y5mNlW

We pledged to donate 10% of every New York Lottery ticket played on Jackpocket.

And, boy, did you guys come through. Big time.

This is awesome! I absolutely miss going to Broadway shows. NYC would love nothing more than to see this people back at doing what they love. Glad to know my lottery purchases are going to good causes!

Without your support, we would never have been able to hit this milestone—more than DOUBLE of what we set out to do. Thanks to you, Broadway Cares will be able to give more meals, more health care, and more pandemic relief to the hard-hit performers, workers, and artists who make Broadway great.

"With Jackpocket’s incredibly generous support, it’s as if Broadway Cares has, in fact, won the lottery!" said Tom Viola, Broadway Cares/Equity Fights AIDS executive director. "My sincere thanks to our friend and champion, Sean Hayes and Jackpocket founder and CEO, Pete Sullivan for sharing their resources and good fortune with for now a beleaguered but much beloved Broadway community – onstage, backstage and behind the scenes. Broadway will be back, better than ever thanks to Jackpocket's gracious support today."

We also want to thank Sean Hayes and the many friends of Broadway Cares who shared their real-life stories about how Broadway Cares has impacted their lives and who helped get the word out about the important work Broadway Cares does every day.

Thank you for playing with us! We're simply in awe of you and the amazing things we can accomplish together.