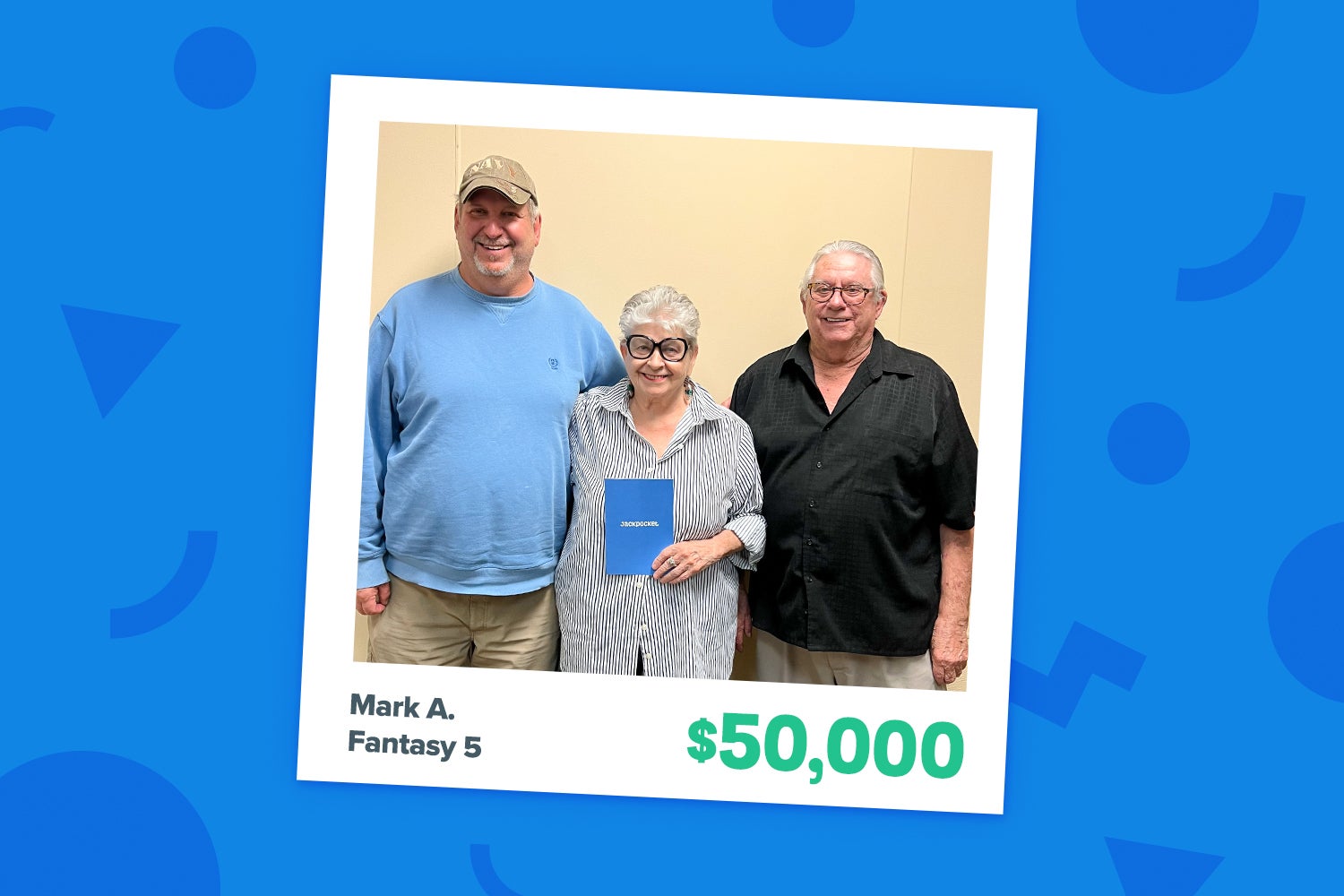 This Arizonan Just Won $50K On His First Lottery Ticket Ever

It was Mark’s wife who first suggested they try something new. Why not play the lottery together through the new lotto app that just launched in Arizona?

As Mark tells it, "I was on my iPhone and things started popping up [on Facebook] about Jackpocket. My wife says, ‘We’ve never done anything like this before. We should try it.’ And so, I did. It’s the first time I’ve ever entered the lottery."

And just like that, this couple is now $50K richer! Mark’s first play on Jackpocket - his first lottery ticket EVER - was a winner in the Sunday, January 8th Fantasy 5 drawing. His ticket matched five of five numbers to win the top prize of $50,000.

Mark was drawn to Fantasy 5 just because. “It was just a Sunday and I was looking at the app, and I decided I’ll buy $10 of tickets and see what happens."

We’d say he owes a big thank you to his wife. “It’s amazing. I’ll certainly give [my wife] a big kiss.”

His wife was pretty tickled too. “I feel like Willy Wonka in the chocolate factory."

And just like that, Arizona has it's first big lottery winner who used Jackpocket! Who’s next?