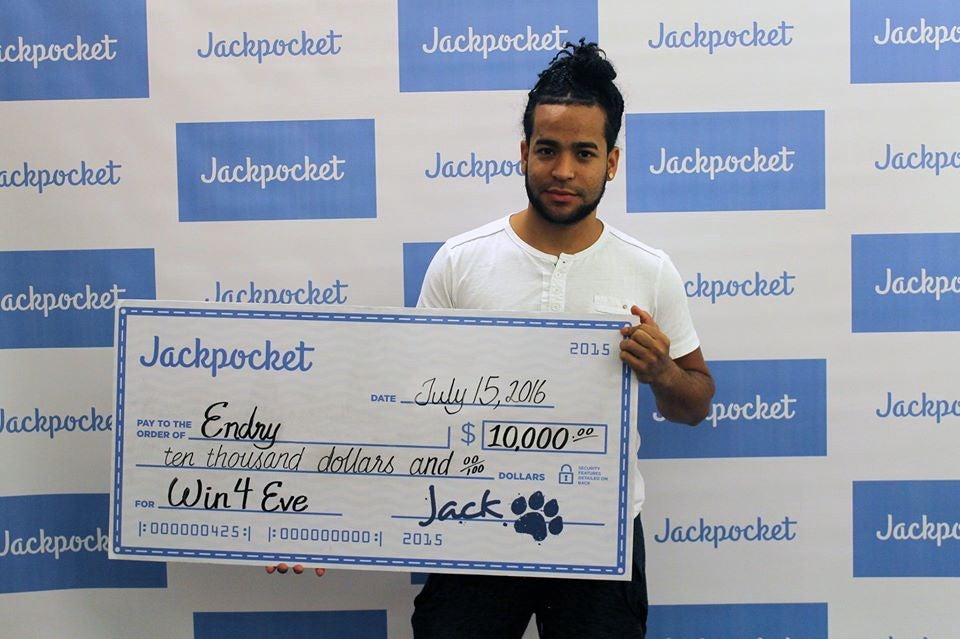 Congratulations to Endry for winning a hefty $10,000 on two winning Win 4 Eve tickets

The Jackpocket Team couldn’t be more excited to announce that we had another big winner last week on the app! Congratulations to Endry for winning a hefty $10,000 on two winning Win 4 Eve tickets, worth $5,000 each! Endry has been playing Jackpocket ever since he first heard about the app online during the companies launch back in September, 2015.

When asked how he decided to pick his winning “0–5–1-2” lucky number combination, he explained:

Endry is no stranger to playing the lotto, although he just started playing on Jakcpocket just 2 years ago his father won big on a different draw game! Clearly, luck doesn’t fall far from the tree after dad’s advice came to full fruition last week in the form of a $10,000 payday. Thanks dad!

Jackpocket is extremely proud that we’ve had so many big winners since the launch of the app back in September, 2015! These winners have all had no issue successfully claiming their winning ticket either by coming to Jackpocket HQ or opting to receive it via certified mail. We look forward to seeing more and more big winners as the app grows and hearing about their exciting experiences playing!