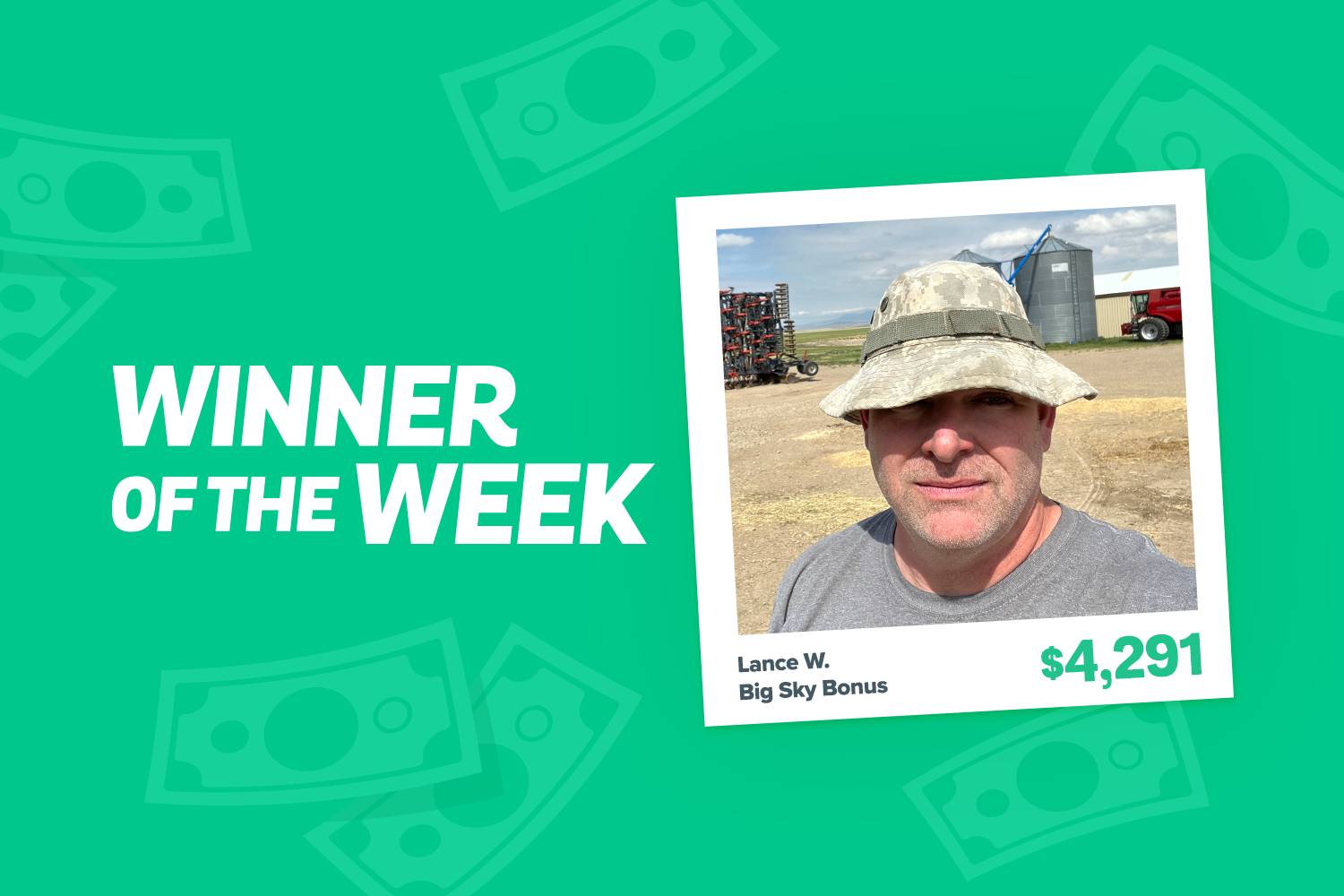 Meet our Winner of the Week

Our new Winner of the Week series tells the stories behind everyday lottery wins – big and small! Follow us on Instagram (@Jackpocket) or Twitter (@Jackpocket) for more weekly behind-the-win stories.

“I farm,” says Lance W. of Toole County, Montana, known as Big Sky Country. Being 20 miles outside of town, it isn’t always easy to grab lottery tickets when the mood strikes. So Lance has been giving Jackpocket a try.

While riding dirt bikes with his son for July 4th, Lance was experiencing spotty cell phone reception. “All of a sudden, I received a bunch of messages from when we were riding along.”

One of those messages was a “Big Winner Alert” from Jackpocket. He had won top prize in Big Sky Bonus worth $4,291!

All of a sudden, I received a bunch of messages from when we were riding along.

Lance had to stop, get off the bike, and take in what had just happened.